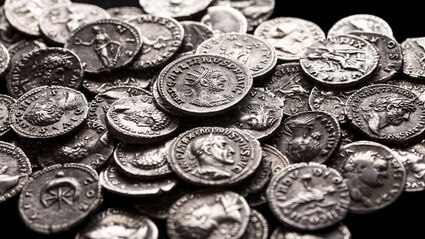 Until the advent of affordable cameras, coins were the primary driver for silver demand for nearly 4,000 years.

Typically thought of as a precious metal used to make coins, jewelry, tableware, and other glimmery objects, silver's true value lies in more industrious properties that make it invaluable to high-tech applications such as solar panels, electric vehicles, and 5G networks.

Roughly 28% of the 8,000 metric tons (257.2 million ounces) of silver used in the United States during 2020 went into electrical and electronics devices; 26% into jewelry and silverware; 19% for coins and medals; and 3% for photography. The remaining 24% was used in a wide variety of other applications such as antimicrobial bandages, clothing, and pharmaceuticals; batteries; brazing and soldering; automotive catalytic converters; mirrors; and photovoltaic solar cells.

"Silver demand has evolved from a monetary ornamental use, to photographic, to digital, and now to energy," Hecla Mining Company President and CEO Phillips Baker, Jr. said during a presentation earlier this year.

Hecla, which has been mining silver for 130 years, has witnessed first-hand silver's demand transition from coins and jewelry to solar panels and EVs.

In fact, the Idaho-based mining company traces its founding to a time when silver was losing its 4,000-year status as a choice metal for making coins and the rise of a revolutionary technology that would dictate silver demand for the entire 20th century – a camera for the masses.

In 1900, Eastman Kodak introduced the Brownie camera, an affordable camera that allowed everyday people to capture treasured moments and imagery for posterity.

While the Brownie itself did not contain any silver, the film that images were captured on did. For the entirety of the 20th century, photography was a major consumer of silver. In 1999, roughly 250 million oz of silver was used each year for photography.

When Baker joined Hecla in 2001, most silver analysts believed photography would continue to drive the demand for silver. The advent of the digital camera and then the smartphone, however, nearly completely ended the century-long era of silver-infused film. By 2019, photographic demand for silver had plummeted to just 34 million oz/year.

Despite this 86% drop in photographic demand, total silver consumption over the same period rose from 875 million oz/year to 1.07 billion oz/year. This is because of silver's rise as an investment metal and steady growth in industrial uses outside of photography.

The very technological advances that looked to tarnish silver demand have brightened the future for this glistening metal.

It is not silver's luster, however, that is driving the metal's technological demand. Instead, it is physical properties such as very high electrical conductivity, reflectivity, ductility (stretchability), and malleability that has transformed silver into a techno-metal.

In fact, silver is the best metallic conductor of electricity there is. Because of this exceptional quality, silver beats out lower cost copper when building a powerful computer that you can slip into your pocket.

The same traits that make silver invaluable to your smartphone also make this precious tech metal a vital ingredient for renewable energy and EVs.

Approximately 0.7 oz of silver goes into the making of each photovoltaic solar panel. This currently accounts for roughly 90 million oz of silver demand per year, and Goldman Sachs projects this demand to climb to 105 million to 150 million oz by 2023.

The transition to electric mobility is pushing similar demand growth by the automotive sector.

While approximately 0.64 oz of silver goes into the average ICE vehicle, an EV needs about 1.25 oz of the highly conductive precious metal.

As a result, Bank of America forecasts the automotive sector will need about 90 million oz/year by 2026, a 64% increase over the roughly 55 million oz/year currently needed. And this demand is expected to continue to grow as EVs overtake ICE vehicles for market domination.

Global silver production currently sits at about 840 million oz/year and consumption is roughly 1 billion oz/year. The roughly 170 million oz of silver recycled annually fills the difference between supply and demand. The emerging technological demands for silver, however, are expected to upset this balance.

Using very conservative estimates, the need for newly mined silver is forecast to increase by 95 million oz per year over the next decade. 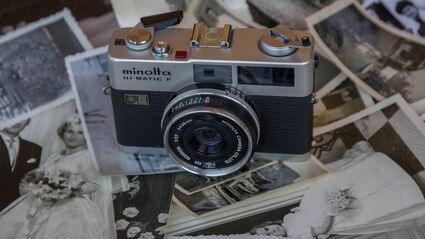 This is nearly 10 times more than Hecla's Greens Creek Mine in Alaska, which singlehandedly accounted for roughly one-third of total U.S. silver production during 2020.

Though silver prices rose sharply, from around $16/oz to around $28/oz during 2020, the Hecla Mining CEO says it will likely take even higher silver prices to spur the investments to build the silver mines needed to meet the emerging demands for this metal that continues to evolve with the times.

Most analysts are forecasting that silver will break above $30/oz this year and some predict that between industrial demand and a hedge against inflation, the techno-precious metal will reach highs of $50/oz in the coming two years.