In a world where dark clouds hang over our heads, perhaps it is time for us to appreciate the raindrops falling on our head North of 60 Mining News – October 1, 2021 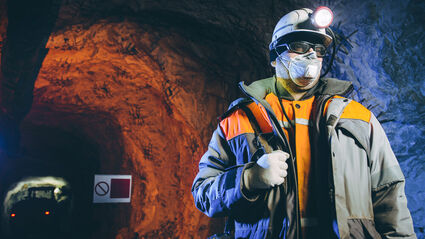 The mining industry is alive and well, in no small doubt due to the fact that miners in general and Alaska Miners in particular live and breathe (through N-95 masks, of course) safety.

If there is one thing that most Americans can probably agree on, I think, it is that Joe Biden is the worst President we have had since Donald Trump. Since they both had a lot of things on their respective plates to deal with, such as COVID, immigration, and foreign affairs, it is appropriate to look at where we are and how we got here.

With regard to COVID, despite a massive federal effort by the incumbent to bridge over the failures of his predecessor, we are still in the soup. Alaska is faring very poorly when one looks at the statistics, although the breakdown of the numbers sometimes disguises where the pockets of infection really are.

Alaska, as always, is unique due to its overall lack of infrastructure. Alaskans living in remote areas are frequently at the greatest risk for infections because of the lack of proximate support, and this pandemic is no exception. Clearly, Alaska Natives are getting clobbered, and the hope for an end continues to remain out of sight and over the hill.

Likewise, Mr. Biden is getting beaten around the head and shoulders by the popular press over issues associated with immigration at the southern border. That has a Faustian irony because so many of the would-be immigrants are fleeing from economic calamity, just at a time when many American employers are begging for people to fill entry-level, service sector positions.

Lost in the sauce in this context is that the immigrant wannabes must test COVID-free before they can enter the country to apply for asylum.

The incumbent, likewise, has caught the devil by ending American involvement in Afghanistan, another Trump objective that just didn't make it during the dark days of that administration.

To sum it up, COVID is bad, lots of people want to come to America to work, and the women of Central Asia are back in the burkas. Good job so far, Mr. President!

From the Alaskan perspective, as usual we get to look through the telescope from the wrong end. Our microcosm chugs along, even though more people are leaving Alaska than are moving in, and more people are dying from COVID than ought to be the case.

As previously noted in this column, although it is hard to get industry-specific statistics on the impact of COVID on mining in Alaska, it is fair to say that our industry is alive and well, in no small doubt due to the fact that miners in general and Alaska Miners in particular live and breathe (through N-95 masks, of course) safety.

Although the Alaska Miners Association has made the hard decision to cancel its 2021 Convention, as it was constrained to do last November as well, participation and interest by the miners has not waned. Instead, the Association stepped up to the plate with statewide Zoom meetings, which are extremely effective and very well-attended.

As always, I measure the pulse of the industry by the work that crosses my desk. Using that standard, and extrapolating from the specific to the general, it is my sense that the industry is very healthy at the moment, regulatory delays to the contrary notwithstanding.

Nationally, the Bureau of Land Management has reversed the relocation of its headquarters from a place where there actually is some land to manage back to Washington, where the bureaucrats don't have to rub shoulders with hoi poloi. But that was an easy shot at the former President.

In addition, the Army Corps of Engineers and the Environmental Protection Agency are back in the wallow over what "Waters of the United States" are. This is a puzzle somewhat like COVID or immigration that neither President could solve.

In the meantime, Congress also remains stuck in the mud. The lack of a reliable majority in the U.S. Senate has made it clear that the White House is not going to get its way solving all of the social problems of the world by throwing a few more trillion dollars at them.

Granted, America has a pant-load of social problems, but it is amazing that, having learned nothing from the adoption of Obamacare, the current leadership wants to cram the whole social welfare package down our national throat in one fell swoop.

It seems obvious that if anything is to be done, POTUS needs to sell it to 30 Republicans. But, like his predecessor, Mr. Biden appears to have not gotten the memo about how sometimes one has to stoop to conquer.

What makes America great, in my humble opinion, is our differences. Everyone gets to weigh in on every subject whenever they want. There are those who see those differences as a division; however, I see them as a unifying factor. The proof of that is the simple fact that there are not tens of thousands of Americans huddled at the border trying to improve their lives by leaving.