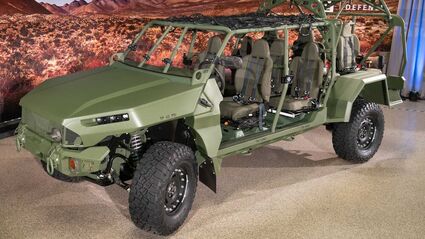 As another signal foreshadowing the growing demand for graphite, the Pentagon has added this lithium-ion battery ingredient to its newest National Defense Stockpile Acquisitions List.

Published by the U.S. Defense Logistics Agency on Oct. 4, this list calls for DLA's strategic materials department to acquire up to 900 metric tons of graphite to store in government stockpiles over the coming year.

Primary reasons for the Department of Defense to have a graphite stash for its own use is the global demand for this carbon material is rocketing due to its use in the anodes of lithium-ion batteries that power electric vehicles and a dearth of domestic sources of this material already deemed critical to the U.S.

According to the Pentagon's latest publicly available National Defense Stockpile Requirements Report, "natural flake graphite" is on its watch list of "shortfall materials" based on modeling against specific conflict scenarios that indicate a potential graphite shortfall of more than 82,000 metric tons.

Earlier this year, the International Energy Agency predicted that the electric mobility and low-carbon energy sectors will demand 25 times more graphite per year by 2040 than today.

Without any graphite mines on American soil, U.S.-based manufacturers and the Pentagon are in the disadvantageous position of relying on imports to supply their growing needs of this battery and industrial material

China, which accounted for roughly 62% of global natural graphite production, was the largest supplier of this carboniferous material into U.S. supply chains, according to the U.S. Geological Survey.

The USGS said two companies are developing projects that could begin to offer a domestic supply of graphite, one of which is Graphite One Inc.

Graphite One CEO Anthony Huston says the addition of graphite to the Pentagon's stockpile list is the latest in a series of signals that indicate officials in Washington D.C.

According to a report on securing America's supply chains published by the Biden administration in June, flake graphite is an essential material to the supply chains for three industrial sectors – advanced semiconductors, high-capacity batteries, including EV batteries, and pharmaceuticals. As an extension, this material is critical to the technology and defense sectors.

An enormous infrastructure bill crafted by the White House and passed with bipartisan support by the House of Representatives calls for a new Department of Energy program to ensure a viable North American battery supply chain, including enhancing the domestic processing of minerals necessary for advanced batteries.

Graphite One says that if this infrastructure legislation is passed by the Senate, then Alaska projects offering a domestic supply of graphite and other critical minerals will be eligible for federal loan guarantees, and US$6 billion would be available for battery processing and manufacturing.

"The inclusion of graphite on the National Defense Stockpile list is another sign of graphite's growing importance," said Huston. "Coupled with the importance of graphite to three of the four key supply chains recognized by the June 2021 White House report, it is clear the U.S. government sees graphite as essential to both national security and the technology economy."

Graphite One hopes to supply a portion of America's growing need for this critical material from a mine at its Graphite Creek project about 35 miles north of Nome, Alaska.

After raising more than C$21 million (US$16.7 million) this year, Graphite One is advancing the Graphite One project 2021 summer program focused on collecting the final bits of data needed for a prefeasibility study that details the company's vision to establish a domestic supply of the coated spherical graphite used in lithium batteries. 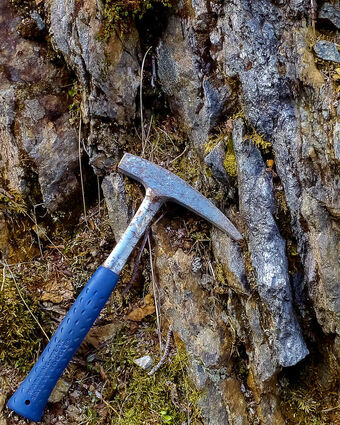 A lens of high-grade graphite at the world-class Graphite Creek project in Alaska.

This PFS will build upon a 2017 preliminary economic assessment that outlined plans for a mine at Graphite Creek that would produce roughly 60,000 metric tons of 95% graphite concentrate per year and a separate processing facility to upgrade these annual concentrates into 41,850 metric tons of the coated spherical graphite and 13,500 metric tons of purified graphite powders annually.

The World Bank forecasts that low-carbon energy technologies, primarily lithium-ion batteries, will require 4.5 million metric tons of graphite per year by 2050, which is nearly a 500% increase over 2018 levels and a 310% increase over the total graphite mined worldwide during 2020.

More information on graphite markets and potential North American supplies of this critical battery material can be read at EV revolution drives graphite demand in the Critical Mineral Alliances magazine published by Data Mine North.