Graphite One builds momentum into 2022 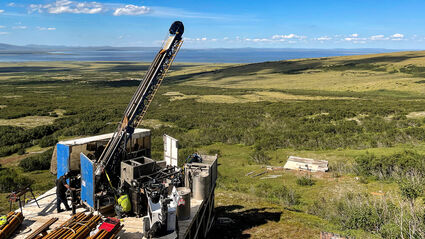 The 2021 program at Graphite Creek focused on infill and step-out drilling in preparation for feasibility level studies for developing a mine at this large graphite deposit in Alaska.

Graphite One Inc. enters 2022 with growing momentum as the company rapidly advances the largest known and highest-grade graphite deposit in the United States toward development as the transition to electric mobility and renewable energy is powering new demand for the advanced graphite materials it plans to produce.

"Despite the challenges of COVID on the business climate and all aspects of operations, Graphite One raised more than C$30 million in capital, completed a successful drill program to confirm the company's projections of a long mine life based on drilling just 20% of the projected trend of the graphite mineralization, and continued to progress R&D efforts on multiple advanced graphite materials that will serve essential renewable energy and technology sectors," said Graphite One Inc. CEO Anthony Huston. "Additionally, the surge in graphite demand in the EV and energy storage sectors, coupled with new U.S. government strategic focus on critical mineral development in the comprehensive infrastructure package, plus concern over materials supply chain disruptions is a strong signal that momentum is shifting in a way that perfectly aligns with Graphite One's objectives of being an integrated supply chain solution for advanced graphite materials."

A first look at the company's integrated graphite supply chain solution was outlined in a 2017 preliminary economic assessment for a mine at Graphite Creek that would produce roughly 60,000 metric tons of 95% graphite concentrate per year and a separate processing facility to refine these annual concentrates into 41,850 metric tons of the coated spherical graphite used in the lithium-ion batteries powering electric vehicles and storing renewable energy, plus 13,500 metric tons of purified graphite powders annually.

The company has since upgraded and expanded the resource.

During 2021, the company carried out a 2,052-meter drill program focused on further expanding and upgrading this resource, as well as gathering data for feasibility level studies for the Graphite One mine and processing facility.

With exploration to date outlining only 20% of the projected trend of graphite mineralization, the mine to be outlined in the coming prefeasibility and feasibility study only represents a portion of Graphite Creek's potential to offer a secure supply of domestic graphite for decades to come.

"Given the demand growth every end-user mentions to me, and their concerns about surety of supply, we're putting a priority on demonstrating that Graphite Creek is a robust, low-risk source for graphite far into the 21st century," said Huston.

Graphite One plans to initiate a prefeasibility study in the first quarter of 2022, which will include an upgraded resource based on the 2021 drilling.

The company moves the project closer to advanced design and potentially permitting at a time when auto and battery makers are requiring massive new supplies of graphite for the lithium-ion batteries needed for the rapid transition to electric vehicles.

The anodes in lithium-ion batteries that power most EVs are packed full of graphite that has been rolled into potato-shaped spheres and coated in a hard carbon shell that is thermally treated. The spherical shape allows the graphite to be more efficiently packed into battery cells, while the coating extends the graphite's lifetime capacity.

Going into 2021, China supplied 65% of the world's mined graphite and produced 100% of the coated spherical graphite being used by global auto and battery makers.

The U.S. Department of Energy recently said it expects 13 new battery megafactories to come online in the next five years.

With similar battery factories going up around the globe, the World Bank projects that annual graphite demand will increase by 490% by 2050.

"As a result, global graphite shortfalls initially projected for 2024 or 2025 are now predicted to begin as early as 2022," Huston said.

American automakers are speaking out about the need to develop North American supplies of the materials they need to transition to EV manufacturing.

"We have to bring battery production here, but the supply chain has to go all the way to the mines," Ford Motor Company CEO Jim Farley said during an interview with Detroit News. "That's where the real cost is, and people in the U.S. don't want mining in their neighborhoods. So, are we going to import lithium and pull cobalt from nation-states that have child labor and all sorts of corruption, or are we going to get serious about mining?"

"We have to solve these things, and we don't have much time," he added.

In parallel with developing a mine-to-battery anode supply chain that begins at Graphite Creek, the company is looking at several other advanced materials that can be produced from its Alaska project.

• Semiconductor grade diamonds –Graphite One material was also used to synthesize gemstone-quality blue diamonds doped with boron and nitrogen, which have increased hardness and engineered semiconductor properties. In a subsequent study, this blue diamond was sliced with a laser and polished. Graphite One is currently working with academia and government partners to test the properties of Graphite Creek derived synthetic diamonds in mechanical, semiconductor, thermal management, and sensor applications. 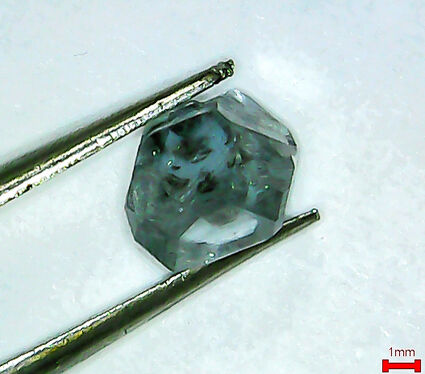 • Graphite One graphene material – Graphite One has also submitted Graphite Creek samples to Yale and Emory Universities for evaluation as a precursor to make graphene for advanced water purification technologies.

"Our advanced graphite material work is driven by Graphite One's commitment to serve the broad range of tech material applications that depend on graphite engineered to exacting specifications," said Huston. "Battery-grade anode material for EVs and lithium-ion batteries will be the core of our commercial value, but we know that there is even more graphite can do to meet urgent demand in sectors ranging from environmentally-safe fire suppression to transformational technologies in the semiconductor sector and the new world of graphene. Each one of these product lines underscores the value of Graphite One's integrated supply chain solution – as well as our belief in the mission of our company to provide the tech materials that drive global ingenuity."