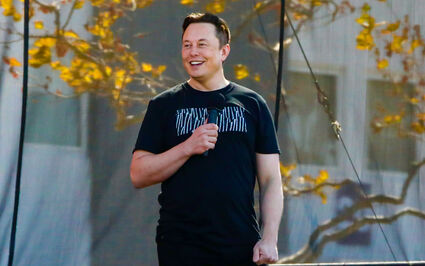 In 1951, Life Magazine (remember "Life"?) dubbed the New York Times the "Old Gray Lady" "by way of acknowledging its special marks: starch conservatism and circumspection." How things have changed! The punster in me, however, simply says "that's life."

While Life no longer lingers on, the Old Gray Lady has taken on a life of its own. No longer burdened by conservatism and circumspection, the Times perpetually searches out new and different ways to attack the innovative.

Most recently, on Dec. 30, 2021, there was such a piece on Tesla entitled "Can a Sustainable Mining Experiment in New Caledonia Power Tesla's Ambitions?" The article was about Elon Musk's interest in sourcing vital nickel from the historical Goro mine in New Caledonia, a French Colony in the South Pacific.

In words and pictures, the Times article, which is well worth a read, documents how, on the one hand, Tesla is striving, through cutting-edge technology, to produce green cars for the global warming world and, on the other hand, vitiates the proposal by underscoring the social costs associated with the Goro mine.

The pictures show a devastated landscape and remnants of political protests by indigenous Kanaks, while the accompanying story documents devastating spills and leaks from the operation.

Batman Musk proposes to swoop in, clean up the mess, resolve the civil problems and empower the Kanaks while producing nickel-cobalt batteries for his cars of the future – incidentally saving, at the same time, car buyers from predacious "over-reliance" on China.

Curiously enough, the Times writer spends zero ink on any alternative to this proposed solution to the problem of going green. In isolation, it appears that going green necessarily means that electric cars are going to be at the mercy of those who would pollute the South Pacific, at least until Mr. Musk finds another way.

But wait. There is another way. It is called Alaska.

Alaska has plenty of nickel, in undeveloped deposits from Southeast to the Seward Peninsula, and from the Brooks Range to Wrangellia.

As documented in Shane Lasley's North of 60 Mining News article of June 22, 2020, the Alaska cornucopia of mineral wealth is crammed full of nickel-mining opportunities, not to mention associated minerals such as cobalt.

One of the beauties of mining in Alaska is that, ostensibly, our Native Land Claims have been settled, the obligation for so-called "tribal consultation" to the contrary notwithstanding. Likewise, we have some of the toughest health and safety and environmental protection regulations in the world firmly in place, and, of course, we have a solid bench of the best private-sector technological know-how anywhere. Lest I forget, we also have a Governor and a Congressional delegation firmly in support of most mining projects most of the time.

In sum, there is a trade-off between mining for nickel, or copper, or zinc, or cobalt, or rare earths, or any of the many other things that make modern life worthwhile in third world locations where the social impact is devastating, the local folks are opposed, and the air and water quality is shameful. Or, we can mine for those substances in Alaska, which is open for business.

This is not to criticize Mr. Musk for seeking to optimize his bottom line, nor is it to attack the Times for monolithic journalism – whatever sells papers and cars is a good thing. But there is nothing quite like having your company featured in a NYT article, even if the subject matter is taken out of context and is harsh.

The point is far more simple. Alaska can be and should be in the forefront of Tesla's thinking when it comes to sourcing required minerals, but for whatever reason it is not.

I often marvel at the opposition to mining in Alaska, because the existing mines are safe, they have an awesome record of reclaiming mined-out lands, and they often are substantial contributors to local economies, even when the local economies are heavily subsistence-based. Alaska is the place where green mines grow.

As for the New York Times, all that can be said is that, despite their predisposition to the contrary, the west side of Manhattan is not really the West Coast for most of America; and that sixty or so years ago, the former Russian colony of Alaska actually became a beneficiary of the Equal Footing doctrine.

The story of the Goro mine is an eye-opener in at least one sense. It highlights by example that, geopolitically, there are places where the environment is still not protected and that the local people are still at the mercy of forces beyond their control. Our national policy and our Old Gray Lady both seem committed to ignoring the realities before us.

As for me, it seems quite clear that we can do better. Perhaps one day we will.