Hecla gets back to replenishing reserves 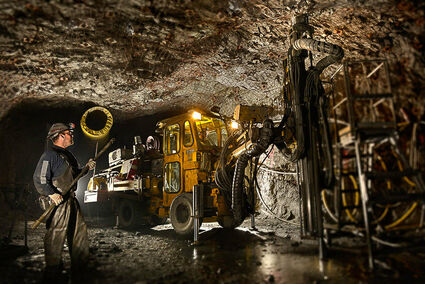 Following a year that saw Hecla Mining Company scale back exploration as part of its response to the COVID-19 pandemic, the Idaho-based silver miner is beginning to get back to its tradition of adding more ore to reserves than is processed through the mills at its mines in the United States and Canada.

"While focused, our exploration efforts have spanned our three operating mines and eight of our exploration properties," Hecla Mining President and CEO Phillips Baker Jr. said in September.

This is especially true at its Greens Creek silver mine in Southeast Alaska, where drilling focused on replenishing the roughly 9.5 million ounces of silver mined from reserves during 2021 and confirming growth areas well beyond the deposit.

"At Greens Creek, both underground and surface drilling are giving results that should lead to reserve replacement and additional drilling in the Lil'Sore area," Baker said.

Underground rigs focused on upgrading and expanding resources in the Upper Plate, 9A, Northwest West, and other zones of the underground silver mine.

Hecla says these copper- and zinc-rich intercepts at Lil'Sore are hosted in footwall rocks showing a fertile feeder stockwork zone.

At Hecla's Casa Berardi gold mine in Quebec, six underground and three surface core rigs focused on definition and exploration drilling that is expected to replace reserves and expand resources.

Drilling at the company's Midas project in Nevada significantly expanded high-grade gold and silver mineralization along strike and to depth. An initial resource is expected to be announced early this year. 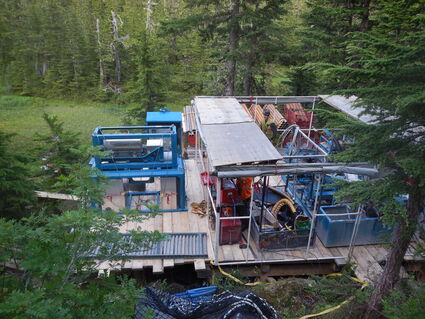 Acquired by Hecla in 2016, Kinskuch is a 596-square-kilometer precious and base metals exploration project that lies adjacent to the high-grade silver property being explored by Dolly Varden Silver Corp., a company Hecla owns a roughly 11% equity stake in.

Hecla says drilling has defined silver-enriched, base metal mineralization in the Illiance Valley at Kinskuch for over three miles. Future exploration will focus on advancing multiple target areas on the property through detailed mapping, sampling, geophysics, and drilling.