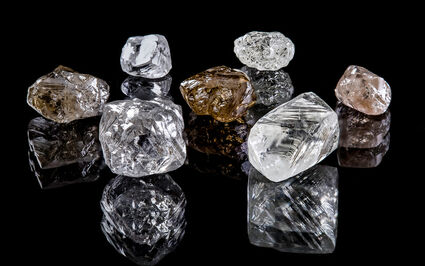 A collection of diamonds from sampling of the Faraday 2 kimberlite on Mountain Province's Kennady North project adjacent to the Gahcho Kué Mine in Northwest Territories.

The first program, which is carried out by the Gahcho Kué Joint Venture, is focused on exploring for discoveries across the 5,216-hectare (12,889 acres) Gahcho Kué property that can extend the life of the mine.

Mountain Province says it has developed a very proactive relationship with De Beers, with regular meetings held to discuss exploration plans and collaborative workshops to prioritize new targets for drilling. This collaboration resulted in the 2019 discovery of the Wilson kimberlite within 200 meters of a planned open pit mining area at Gahcho Kué.

Named after Alice Evelyn Wilson (1881-1964), who is officially recognized as Canada's first female geologist, Wilson is the first kimberlite discovered on the Gahcho Kué JV property in more than 20 years.

In addition to the joint venture exploration, Mountain Province is carrying out its own investigation of Kennady North, a 107,373-hectare (265,324 acres) property that surrounds the Gahcho Kué property. 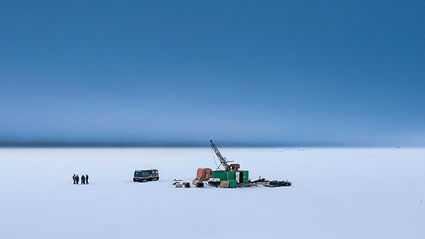 A winter program carried out early in 2021 tested a new ground-based resistivity method developed by Aurora Geoscience Ltd. on an area around the Faraday kimberlites. Known as the Aurora Rapid Reactance Tomography, this proprietary system provides greater resolution and ground penetration than traditional technology.

This snowmachine-supported survey identified two anomalies with expressions that are similar to those associated with the nearby Faraday bodies. These previously untested targets – North Anomaly and the South Anomaly – are priority targets for a drill program slated for the early winter months of this year.