Sabina heads underground at Back River 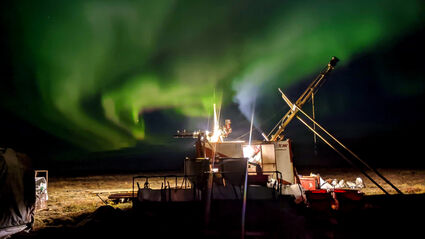 Spring 2021 drilling encountered strong gold mineralization at Hook, a target between the surfacing Goose and deeper Nuvuyak deposits on Sabina's Back River project in Nunavut.

Sabina Gold & Silver Corp. kicked off 2021 with a significant expansion to the gold resources at its Back River mine project in Nunavut.

An updated feasibility study based on this resource details plans for an initial 3,000-metric-ton-per-day mill ramping up to 4,000 metric tons per day by the end of the second year.

The operation detailed in this study would produce 3.34 million oz of gold over 15 years from 18.7 million metric tons of ore averaging 6 g/t gold.

With an expanded resource supporting an updated mine plan, Sabina's 2021 exploration began to investigate targets beyond the immediate mine area.

Sabina Aug. 10 reported that its spring drill program at its Back River gold project in Nunavut had encountered strong mineralization at Hook, a zone that appears to link the surfacing Goose and much deeper Nuvuyak gold deposits.

"After several years focused on growing and strengthening the Back River resources resulting in the addition of 1 million ounces in each of the measured and indicated and inferred categories, we turned our focus back to greenfield targets to continue advancing the Back River project pipeline," said Sabina Gold President and CEO Bruce McLeod.

The most intriguing results were from Wing, which lies southwest of the Llama deposit. One hole drilled at Wing cut 6.55 meters averaging 8.37 g/t gold.

"This strong intercept at Wing continues to distinguish the Goose gold system as outstanding and we look forward to further success in developing a strong target and mining pipeline for years to come," said McLeod.

In addition to testing greenfield targets, the spring drilling encountered strong mineralization at Hook, a 450-meter-long zone that appears to link the surfacing Goose and much deeper Nuvuyak gold deposits.

"The ability to demonstrate significant resource growth potential such a short distance from our proposed mining infrastructure is a tremendous success and further testament to the Goose property gold endowment," said McLeod. "Our Hook target is located within the shadows of the Goose Main open pit and provides opportunities for exceptional alignment as we advance both exploration and development synergies for the entire southern Goose Main-Hook-Nuvuyak gold trend."

This trend extends 1,500 meters from the top of the surfacing Goose deposit to the lower depths of Nuvuyak, which remains open to depth.

Sabina also began development of a decline at Umwelt, another deposit included in the Goose Mine that will provide a platform for underground exploration. 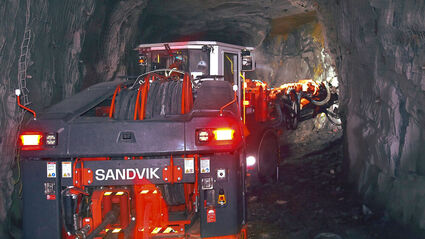 A ramp being developed at the Umwelt deposit will allow for underground exploration at Back River during the cold winter months in Nunavut.

The addition of heat and a portal canopy to protect against snow buildup allows for the first-ever year-round exploration at Back River.