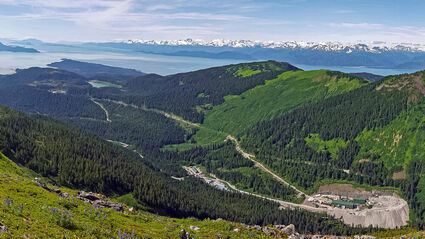 Looking over Coeur Mining's Kensington Mine in Alaska.

Coeur Mining Inc. Feb. 16 reported strong gold production during the fourth quarter at its Kensington Mine in Southeast Alaska and continued progress toward the restart of an expanded mine at its Silvertip project in Northern BC.