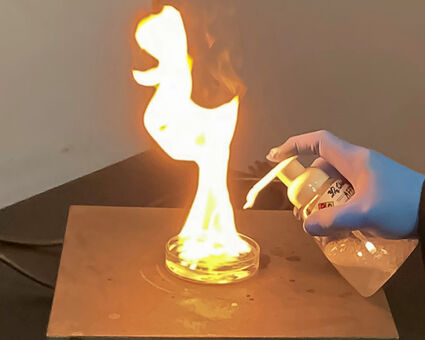 "While Graphite One's primary focus remains the production of lithium-ion battery anode grade material, our foam fire suppressant work is a prime example of the advanced graphite material opportunities in markets outside of the renewable energy sector," said Graphite One President and CEO Anthony Huston.

Results of the tests carried out at the U.S. Navy's Fire Science and Technology Office, Combustion Sciences & Propulsion Branch at China Lake indicate that this graphite-enhanced foam can extinguish Class B fires and therefore could meet the firefighting standards defined in the MilSpec.

Following the tests at China Lake, Graphite One's foam fire suppressant material was submitted to the Strategic Environmental Research and Development Program; a Pentagon program carried out in partnership with the U.S. Department of Energy and Environmental Protection Agency. The Naval Research Laboratory requested additional Graphite One material for further evaluation.

This comes at a time when the 2020 National Defense Authorization Act has ordered that aqueous film-forming foams must be phased out of use by October 2024 due to the dangers the material poses to the environment and human health.

"Until now, there has been no viable solution to AFFF chemistry that is environmentally-benign," said Huston, "which makes the potential of fluorine-free formulations containing expandable graphite from Graphite One such a promising alternative."

According to a recent report by ReportLinker, an AI-powered market intelligence platform, the global market for fire suppression systems and their related materials is expected to reach US$18.3 billion by 2026. This compounded annual growth rate of 4.4% is being driven by an increasing number of fire incidents, stricter fire safety regulations, and growth in the construction industry.

"New liquid foam fire suppressants are critical to saving lives and safeguarding the environment and we are honored by the interest shown in the company's material by the U.S. Navy and other U.S government departments and agencies," Huston added. 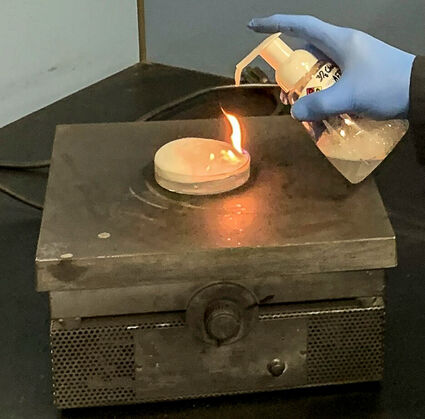 Developed by Graphite One's technology development partner, American Energy Technologies Company, the graphite-enhanced fire retardant is part of prefeasibility level studies being conducted for the Graphite Creek Mine project and an associated facility to upgrade the natural graphite into battery-ready spherical graphite and other advanced materials.

The Graphite One prefeasibility study is expected to be published by the end of March.

Further details on the Graphite Creek project, Graphite One prefeasibility study, and advanced materials that could be produced from graphite mined at the western Alaska project can be read at Graphite One builds momentum into 2022 in the December 31, 2021 edition of North of 60 Mining News.