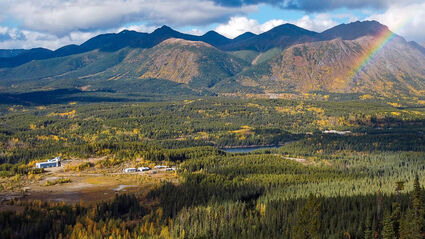 A rainbow touches down near the past-producing Taurus gold mine on the Cassiar property in Northern British Columbia.