Domestic shortage of critical mineral production specifically due to antipathy and hostility of entrenched bureaucracy North of 60 Mining News – July 1, 2022 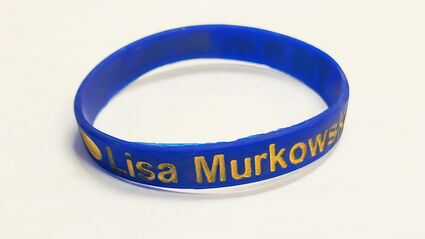 Alaska Sen. Lisa Murkowski has been sounding the alarm that the United States is at substantial risk due to its reliance on foreign countries for critical minerals.

Those of us who watch such things are well aware that Senator Murkowski has been the strong vocal lead in the Senate when it comes to sounding the alarm that the country is at substantial risk due to our reliance on foreign countries for the critical minerals that we need, not just for our 21st Century lifestyle, but also for our national defense.

Over the past decade, Sen. Murkowski has consistently done yeoman service when it came to getting legislation concerning the domestic development of critical minerals through Congress and to the President for signature.

Despite being currently confronted with a hostile administration, she has made significant progress in getting funds to Alaska in support of our infrastructure needs. More to the point, she has managed to get the attention of the regulatory agencies with regard to the horrendous and unjustifiable delays associated with permitting in Alaska.

While there is much more to be done, it seems relevant for us to ensure that the problem of our bloated bureaucracy remains on her radar screen.

According to a press release from her office, the recently passed Infrastructure Investment and Jobs Act contains funds to support the USGS's Earth Mapping Resource Initiative by improving research and data surrounding the locations of critical minerals that are in our own backyard and further "improve our ability to harvest those resources in the most environmentally and sustainable manner possible."

Sen. Murkowski has been clear that she understands that the current federal and permitting review process is "painfully inefficient" and "a major deterrent for producers, refiners and recyclers who desire to supply the minerals that make our modern life possible."

A recent GAO (Government Accountability Office) report concerning the domestic availability of critical minerals has made it clear that the United States is in dire straits when it comes to certain minerals such as cobalt and lithium, which we certainly can mine in the United States. Unfortunately, the GAO spends more time talking about recycling than it does about regulatory barriers.

Significantly, in 2018 the Department of the Interior designated 35 hardrock minerals, including cobalt and lithium, as "critical or vital" to the economic prosperity and security of the country; however, the United States relies on imports to meet domestic needs for 31 of those 35 minerals.

Sen. Murkowski has pledged to use her leadership in the Senate to ensure that U.S. critical mineral supply chains are robust and responsibly produced.

She recognizes that permitting times in the U.S. rank among some of the longest in the world and has introduced legislation to improve the quality and timeliness of federal permitting and review processes with respect to critical production on federal land.

Having said that, however, the fact remains that the regulatory agencies simply do not quite get the message.

The laundry list of specious demands and interminable delays at the hands of minions at the lowest levels of the regulatory bureaucracies beg for critical attention. Mandates from Congress go unheeded.

The Administrative State stands between the federal government and the citizens like a metaphorical doughnut-gobbling traffic cop.

Sen. Murkowski and Sen. Sullivan together are and can be even stronger voices for America as well as Alaska if jointly they can only recognize that the dangerous situation we are confronted with by our inability to produce critical minerals domestically is only the symptom of a much larger problem.