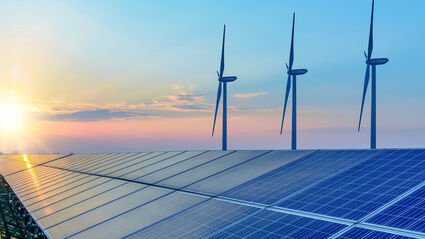 The $469 billion energy and climate spending agreement struck between Senate Majority Leader Chuck Schumer (D-NY) and Joe Manchin (D-WV), if successful in getting passed in Congress, will be the biggest legislative win for the clean energy movement since the Clean Air Act and represents the single largest federal clean energy investment in U.S. history.

This energy and climate agreement details that a $27 billion 'clean energy technology accelerator' will be created to ensure America's role as the leader in cutting-edge renewable technologies. U.S. states and utility companies will receive $30B to ease the transition to zero-carbon, renewable electricity with millions of dollars in tax credits to support battery, wind, solar and other clean energy industries

As a CEO of an energy storage company, which is developing and commercializing long-duration, low-cost zinc energy storage systems, and who recently received support from the U.S. Senate Majority Leader Charles E. Schumer (D-NY) for my company to establish a manufacturing facility in Ulster, New York's former TechCity site location, I can attest that my company, and the overall energy storage sector that I'm proud to be part of, is more readily embraced and supported by United States political leaders, its government and private and public enterprises, than any other country in the world.

"Zinc8's interest in expanding hundreds of new jobs into the Hudson Valley at Ulster County's former TechCity site, now called iPark87, would be a win-win-win," said Senator Schumer in a recent press release. "A once-contaminated asbestos dumping ground can be revitalized and once again be the beating heart of Ulster County's economy, all while powering a cleaner, brighter future, fighting climate change, and creating hundreds of good-paying jobs.

"I made it clear to Zinc8 CEO, Ron MacDonald," continues Senator Schumer, "that I stand ready to help their potential expansion in the Hudson Valley in any way, including fighting to secure the historic federal battery research & development incentives I passed in the Bipartisan Infrastructure & Jobs Law. Zinc8's investment in the Hudson Valley would further power New York's leadership as a global battery manufacturing hub."

Energy storage is critical to America's clean energy future. As renewable power sources like wind and solar provide a larger portion of America's electricity, storage will allow clean energy to be available when and where it is most needed.

As America continues to invest and build its cleaner grid, energy storage will allow each state to better use existing resources more efficiently and with fewer emissions. With storage, a state's grid can reduce electricity from the dirtiest power plants during periods of peak demand, such as on hot summer days. As our world continues to fight climate change, the energy storage sector's technology costs continue to lower with rising demand across nearly all industries.

Biden's White House has set a goal to reach 100% carbon pollution-free electricity by 2035. This can only be achieved by investing in the companies that are actively producing the technology to produce meaningful emissions reductions in this decade. The passage of this legislation will ensure the survival of these innovative cleantech companies that will lay the groundwork for a clean energy planet.

By bolstering domestic supply chains and manufacturing American-made, clean energy products to sell nationally and internationally, America will reach its goals of carbon neutrality and inspire other countries to do likewise.

Ron MacDonald is President and CEO of Zinc8 Energy Solutions (CSE: ZAIR), the leader in Zinc-Air battery technology. The Zinc-Air Flow Battery from Zinc8 Energy Solutions is an energy storage solution designed to serve a wide range of long-duration applications for microgrids and utilities. He can be reached at: [email protected] and on LinkedIn.