Antimony at top of strategic concerns 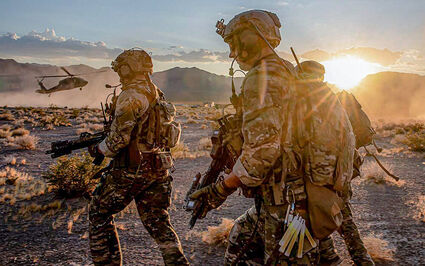 From its uses in flame retardants that have saved countless American lives to being an important ingredient in batteries poised to be the answer to the challenge of storing intermittent renewable energy, few metals are more critical to the national security and economic wellbeing of the United States than antimony.

Described as a metalloid, which means it falls somewhere between metals such as zinc and solid nonmetals like sulfur, antimony possesses some interesting properties that make it an important ingredient in products that span a wide range of industrial sectors – from textiles to high-tech.

On the textile front, antimony is utilized in compounds used in fireproof fabrics that can be found in every walk of life, from battlefields and industrial workplaces to baby nurseries and personal autos.

Antimony is also used to make high-quality glass utilized by both civilians and soldiers. For example, a small amount of antimony oxide has the ability to remove bubbles and make super-clear glass for binocular lenses and similar optical equipment, as well as the glass screens of smartphones and other electronic devices.

The biggest single use for this critical metalloid, however, is in improving plate strength and charging characteristics of the lead-acid batteries that have been used to start most internal combustion engine vehicles for more than a century.

All these uses make antimony a very strategic metalloid to the U.S. military.

In addition to its military uses, antimony is increasingly being used as a primary ingredient in liquid-metal batteries that can store electricity at the grid-scale, a key enabler to the transition to intermittent renewable energy sources.

Despite its strategic value to the Pentagon and critical applications in the private sector, no marketable antimony is being mined in the U.S. Instead, America depends on oft adversarial countries for more than 80% of its needs, with the rest coming from recycling.

According to USGS data, China produced roughly 55% of global supply during 2021, and Russia accounted for about 23%, which comes to a combined 78%.

Even before Russia's invasion of Ukraine, and the related sanctions that likely isolate a sizeable supply of antimony, there was global shortage of the critical metalloid due to environmental audits in China and temporary mine shutdowns to mitigate the spread of COVID-19.

As a result of the supply shortage, antimony was selling for US$6 per pound at mid-year, more than double the US$2.67/lb average price in 2020.

While America does not have any operating antimony mines, it does have some significant deposits of this strategic and critical semimetal found in Idaho, Alaska, Nevada, and Montana.

In a June 8 National Defense Authorization Act report, the U.S. House Armed Services Committee said it "is concerned about recent geopolitical dynamics with Russia and China and how that could accelerate supply chain disruptions, particularly with antimony."

Due to this concern, the committee has directed the manager of the National Defense Stockpile at the Defense Logistics Agency to provide a briefing on the status of the antimony stockpile and provide a five-year outlook on current and future supply chain vulnerabilities.

The House Defense Appropriations Subcommittee also included $10 million in its bill for the Army to study domestic sourcing and production of military-grade antimony trisulfide for tank and medium caliber ammunition.

The concerns over potential geopolitical consequences of being dependent on China and Russia for antimony and other critical minerals are being echoed by the Senate Armed Services Committee.

"America's defense in the modern era increasingly demands the use of critical minerals, making it more essential by the day for our nation to have a sufficient stockpile of and reliable access to these materials," said Sen. Joni Ernst, R-Iowa, a combat veteran that serves on the Senate Armed Service Committee. "At this very moment, our enemies like China dominate the supply chain of these increasingly vital materials, and are even expanding into regions such as Africa and Afghanistan, threatening our readiness in an emergency situation and jeopardizing our national security."

This legislation is designed to bolster the National Defense Stockpile of strategic and critical materials needed for national security.

"America is blessed with an abundance of natural resources that can help us address our reliance on foreign supply chains for critical minerals," said Sen. Manchin, who also serves as chair of the Senate Energy and Natural Resources Committee. "By addressing the weaknesses in our current National Defense Stockpile, our bill will bolster American critical mineral independence and help ensure we have the resources we need for essential defense products and services."

In addition to the HARD ROCK Act, the Senate National Defense Authorization Act includes $1 billion in funding to support the Defense Logistics Agency's acquisition of critical defense materials, like antimony, for the National Defense Stockpile.

One company looking to revive a historic mine in Idaho that provided the U.S. with a strategic supply of antimony during World War II has a six-year head start when it comes to offering a domestic source of this metalloid critical to the nation's defense.

Many of North America's richest gold districts also host healthy quantities of stibnite, but the latter antimony mineral is often discarded in favor of the more valuable precious metal. This dynamic, however, reversed at gold mines in Idaho and Alaska when antimony's strategic value increased during the World Wars.

This is particularly true for the Stibnite gold mine in Idaho, which shifted its focus to recovering tungsten and antimony to support the needs of the U.S. military during World War II.

From 1941 to 1945, Stibnite Mine produced more antimony and tungsten than any other mine in the U.S. – accounting for 90% of the antimony and 40% of the domestic tungsten produced during this wartime effort.

This Idaho mine was singlehandedly credited for substantially shortening the duration of World War II, potentially saving millions of lives.

"In the opinion of the munitions board, the discovery of that tungsten at stibnite, Idaho, in 1942 shortened World War II by at least 1 year and saved the lives of a million American soldiers," according to the March 7, 1956 U.S. Senate Congressional Record.

Perpetua Resources Corp. plans to reestablish Stibnite as a domestic source of the antimony that could lessen America's dependence on adversaries for this strategic metalloid.

"I am encouraged by the recognition from the congressional committees with jurisdiction over national security that we simply cannot allow Russia and China to control our country's access to munitions and military equipment," said Perpetua Resources President and CEO Laurel Sayer. "Without immediate action to secure access to the minerals we need, America will continue to be vulnerable. Perpetua's vision for the Stibnite Gold project includes providing our nation with the only domestically mined source of antimony and, in doing so, offers solutions to help strengthen our national defense."

Once Perpetua realizes its vision, the Stibnite mine is expected to supply roughly 35% of America's current antimony needs while also producing roughly 4.24 million ounces of gold over 15 years of mining.

Now roughly six years into the federal permitting process, Perpetua hopes to gain final authorizations to begin the work of building a modern-era Stibnite Mine by early 2024.

Once the Stibnite Gold project finally does make its way through the long and arduous U.S. mine permitting process, a portion of the antimony produced there will go into liquid-metal batteries, a new form of large-scale energy storage developed at the Massachusetts Institute of Technology in Cambridge.

The long-duration liquid-metal batteries developed by Ambri Inc., a battery technology company born from research at MIT, are designed to outperform lithium-ion batteries when it comes to cost, longevity, and safety for storing the increasing amounts of renewable energy being integrated into electrical grids.

At room temperature, Ambri's cell is non-conductive, and its materials are solid. Once heated to 500 degrees Celsius (932 degrees Fahrenheit), however, the minerals and metals melt and become active. The passing of ions through the electrolyte as the battery charges and discharges keeps the metals molten, eliminating the need for auxiliary heating or cooling.

Basically, these batteries are just one big stainless-steel tank without the need for dividers because, like oil and water, the liquid calcium alloy anode and molten salt electrolyte have different densities and do not mix.

Ambri says these batteries are less expensive to manufacture, work in a wider range of climatic conditions, last longer, need virtually no maintenance, and do not pose the threat of catching fire like their lithium-ion counterparts.

This adds to the criticality of antimony and the advantages of securing a domestic supply of this strategic semimetal currently dominated by China and Russia.

Under a 2021 agreement, Perpetua will supply Ambri with the antimony it needs to produce liquid-metal batteries.

"Perpetua continues to show how a modern mining company can not only be an essential part of the clean energy value chain, but also be key to the solution to the world's climate challenges," said Sayer. 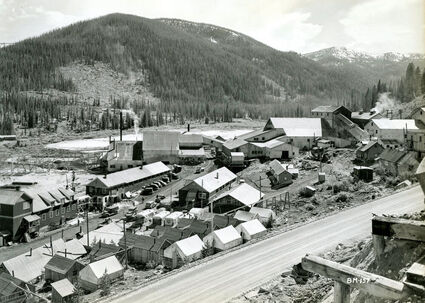 The Stibnite Mine accounted for 90% of the antimony and 40% of the tungsten produced in the U.S. during World War II.