Niobium gets a promotion into high-tech 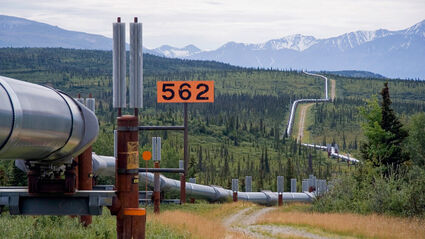 The widespread use of niobium in pipe steels started with the 1970s construction of the Trans-Alaska Pipeline System.

Superconductors, super magnets, and superalloys, this metal is super

The stories behind the discovery of many elements in the periodic table make for a fascinating read, but perhaps top among them should be the 41st element, a shiny, white metal known as niobium – for its story spans over centuries, with twists and turns befitting even the best piece of fiction.

Due to the astute observations of Charles Hatchett, a self-educated scientist and analytical chemist, niobium was discovered. Coming upon an ore sample at the British Museum, a specimen described as a "very heavy black stone with golden streaks," Hatchett began his research.

By obtaining samples from the museum and subjecting them to exhaustive chemical analysis, Hatchett determined that columbite contained a new element. Regardless of his inability to isolate the element, he shared his findings with the Royal Society about his discovery, which he named columbium, in 1801.

Two years later, Swedish chemist Anders Gustaf Ekenberg discovered the element tantalum in minerals obtained in his homeland. While chemically similar, columbium, or niobium, was often found along with its twin, tantalum, making it difficult to isolate or identify.

It was then that another scientist, a chemist by the name of William Hyde Wollaston, became suspicious that columbium and tantalum may, in fact, be the same element that he started investigating the ores from Ekenberg. Upon comparing the physical and chemical properties of both materials, his conclusion in 1809 was both elements were the same, removing the possibility of two separate elements for nearly half a century.

As Hatchett, who had come from an affluent family and had taken over his family's coach-building business following his father's passing – and had effectively given up on science completely by this time – there was no one to defend his discovery, and Wollaston's opinion prevailed.

This would remain the case until 1844, when German mineralogist and analytical chemist Heinrich Rose, working with samples of columbite and tantalite, produced two new acids, which were very similar yet different.

Naming the new acid obtained from columbite as niobic acid and its metallic component as niobium – after Niobe, one of the children of Tantalus from Greek mythology – Rose had effectively rediscovered columbium and renamed it niobium.

Today, both names are still used, with the usage depending on region and country (America seemingly preferring columbium), yet the avid study of the almost missed element persisted and was later added as the 41st element in 1949.

Though it is tough to distinguish the nearly identical properties of niobium and tantalum in nature, in industry, one of these twin metals typically dons a hardhat and work boots in the construction and energy industries, while the other is found employed in the high-tech sector.

"The leading use of niobium is in the production of high-strength steel alloys used in pipelines, transportation infrastructure, and structural applications," the United States Geological Survey wrote in 2018 regarding the paired metals.

As for its place as a critical mineral, much like its twin tantalum, the U.S. is 100% import-reliant, and one cannot find a good substitute for either without sacrificing performance or increasing costs.

A tough metal that is resistant to corrosion and boasts an exceptionally high melting point, niobium tends to be the blue-collar metal compared to its "bougie" brother.

"Niobium microalloyed high strength steel plates are used in a variety of applications, such as large diameter line pipe for the transmission of gas and oil, shipbuilding, offshore platforms, bridges, and energy generation structures such as wind turbines," according to Oakley Steel.

The Asian steel supplier says that less than 0.1% niobium is all that is needed to boost the strength, toughness, and weldability of steel.

Niobium's extreme resistance to heat and corrosion also makes this strong metal an important ingredient for iron-, nickel-, and cobalt-based superalloys that need to stand up to high temperatures.

Roughly 20% of the niobium consumed in 2021 was used to make high-temperature superalloys for parts that go into jet engines, rockets, gas turbines, and turbochargers. The remaining 80% went purely into steel production.

Adding to its résumé of "super" properties, niobium is among the most powerful superconducting metals, and perhaps a job promotion from its more rugged responsibilities, as superconducting magnets made from niobium-germanium, niobium-tin, and niobium-titanium alloys are used in a range of important devices, from imaging equipment to particle accelerators.

Furthermore, recent exploration into the world of two-dimensional materials has shown the possibility of niobium-bromine contributing to next-generation semiconductors and superconductors, a fitting position for this super metal.

So, while niobium has found its career in heavy-duty manufacture, it does not seem too implausible for it to make its way into similar fields as its twin, what with them being nearly identical in practically every aspect.

While America is still 100% reliant on niobium, efforts to create a homegrown supply chain are underway, with NioCorp Developments Ltd. planning to produce the metal – along with scandium, titanium, and rare earths – at its Elk Creek mine project in Nebraska.

Including the 15 individual rare earth elements, this unique deposit hosts 18 of the 50 minerals deemed critical to America's economic wellbeing and national security.

Significant U.S. niobium mine production has not been reported since 1959, so to have such a promising mine in development during a time when these metals are fundamental to a renewable energy future could not be better timed.

"Given recent geopolitical events and the world's ongoing global energy transition, we feel a strong imperative to produce more of the critical minerals that America and the Western world need to meet these challenges," said NioCorp Developments Executive Chairman and CEO Mark Smith. "The updated feasibility study shows that the Elk Creek deposit contains an abundance of critical minerals, including rare earths, and we are working very hard to ensure America can benefit from the full range of the critical minerals our deposit could economically deliver."

The feasibility study outlines an underground mine at Elk Creek that would produce an estimated 170,409 metric tons of niobium, 431,793 metric tons of titanium, and 3,677 metric tons of scandium over 38 years of mining.

The company is currently working toward the recovery of rare earths alongside these other critical metals in its Nebraska deposit.

If successful, this process could not only add REEs to the payable metals recovered at the operation but also streamline and optimize the recovery of its primary deposits – niobium, titanium, and scandium. 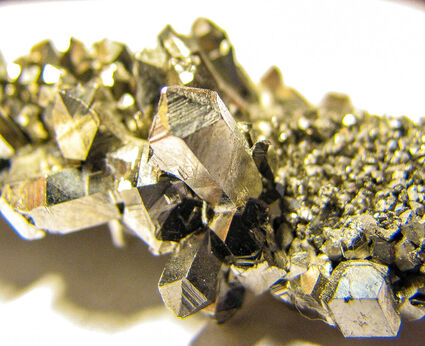 Crystal niobium, a transition metal with the symbol Nb and atomic number 41 on the periodic table.

In March, the company reported that bench-scale testing of this process was successful, and the testing is being scaled up to a demonstration-scale plant. If this testing confirms that this optimized process will be technically and economically feasible for Elk Creek, NioCorp will incorporate the rare earth capturing optimized recovery process into an updated technical report.

"With the addition of the magnetic rare earths, the Elk Creek project will stand out from virtually every other greenfield project in the U.S. in terms of its potential ability to produce multiple critical minerals that are essential to electrified transportation, renewable energy production, green mega-infrastructure projects, and many other applications that are in increasing demand around the world," said Smith.