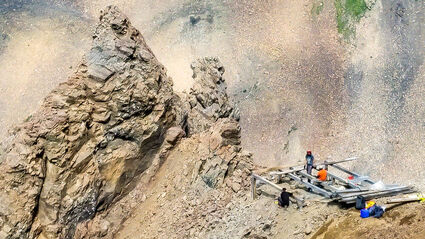 Cantex Mine Development Corp. Sept. 26 announced an update on its drilling program at the company's Main Zone of the North Rackla claim block in Yukon, Canada.

From the extensive ongoing program, the f...