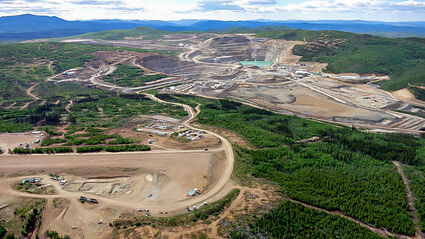 Located within the traditional territory of the Selkirk First Nation in the Minto Copper Belt of the Yukon, the Minto Mine has been in operation since 2007, with underground mining commencing in 2014. Since 2007, approximately 500 million lb of copper has been produced at this Yukon operation.

Minto Metals Corp. Dec. 20 announced the results from its 2022 magnetotellurics geophysical survey over its Minto copper mine property in Yukon, Canada.

Magnetotellurics is a passive electromagnetic technique that maps resistivity by measuring telluric currents induced in the earth by natural sources such as lightning, solar flares, and ionospheric resonances.

In layman, this essentially means...