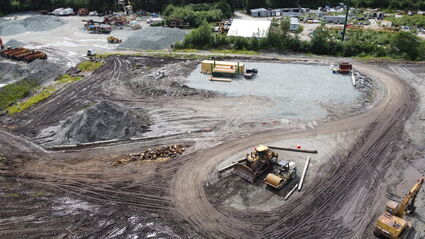 With the resource growing to a size to support a commercial mine, Grande Portage has engaged numerous contractors to assist and oversee the collection of necessary data that a developer would need for a future Herbert Gold mine.

Furthermore, this marked the first resource that calculated silver at Herbert Gold.

Given the significant post-COVID backlog at assay labs, results from the 2021 program at Herbert began to roll in around the end of February 2022, with the final results finally coming in around the first of April.

In May, the company announced it had received regulatory approval for its planned 2022 program; however, drilling would not commence until sometime around July.

The program, though, tested multiple targets, in particular, the main mineralized structures at depths beyond 500 meters, while at the same time, penetrating additional structures. 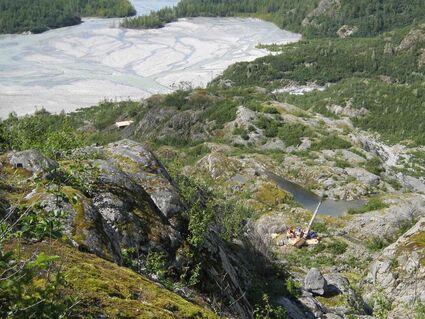 2022 saw a 10,000-meter drill program that continued to expand the more than 1 million oz resource at the Herbert Gold project in Southeast Alaska.

In addition to drilling the deeper portions of the Goat, Main, and Deep Trench veins, one of the company's planned drill sites tested the eastern extension of the Deep Trench, the Floyd and the Elusive Structure, which remained virtually unexplored to date.

"Our geological team has certainly gained more knowledge into the resource at the Herbert property," Klassen added. "Grande Portage is funded for next year's program and management looks forward to adding 2021 and 2022 drill results to the Herbert Gold database."

The new claims were staked to cover the northeastern extension to ensure a continuation of the prospective ground held by the company and its drilling efforts to expand upon its resource.

According to the company, the vein structures and mineralization show no signs of diminishing with depth, further detailing that the host rock unit containing the mineralized veins dip to the northeast between two major bounding faults.