More gold for a larger mill at Pogo Mine 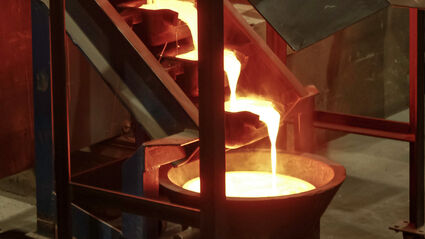 Northern Star Resources expects to pour up to 290,000 oz of gold at its Pogo Mine in Alaska during 2023.

Northern Star Resources Ltd. has increased both the capacity of its mill and the quantity of high-grade gold reserves to feed into the upgraded and expanded recovery circuit at the Australia-based miner's underground operation in Alaska.

Going into 2022, the mill at Pogo had the capacity to process 1.3 million metric tons of ore per year, a 30% expansion from the 1-million-metric-ton-per-year capacity that Northern Star inherited with the 2019 purchase of the mine.

With the mill able to handle more ore, Pogo crews accelerated underground development to access more ore to support Northern Star's growth vision for the mine.

As a result, gold production increased, and production costs fell over the course of 2022.

Early in 2022, Northern Star reported that Pogo hosts 6.59 million metric tons of proven and probable reserves averaging 8.5 grams per metric ton (1.8 million oz) gold. In addition to replacing the ore mined over the previous year, this represents a 20% boost to reserves at a higher grade than the previous reserve estimate.

The company also reported a maiden resource of 1.1 million oz of gold for the Goodpaster discovery, which lies about 2,000 meters north of the area currently being mined.

"The 20% increase in ore reserves and the addition of high-grade mineral resources at the Goodpaster is exciting. It underpins the substantial growth potential at Pogo," said Jim Coxon, vice president of operations, North America at Northern Star Resources.

What may be even more significant for the future of mining at Pogo is the inaugural resource estimate for Goodpaster, a discovery north of the active mine uncovered shortly before Northern Star's 2018 acquisition of the Alaska mine property.

Highlights from drilling at Goodpaster from 2018 through 2021 include:

The drilling at Goodpaster confirmed the geological model of shallow to moderately dipping shear zones containing stacked quartz vein arrays combined with several strike-extensive zones of sub-vertical quartz veining. The company says this structural style and characteristic gold-bismuth-telluride mineralization is comparable to the existing northern mining areas at Pogo, such as the Fun Zone. 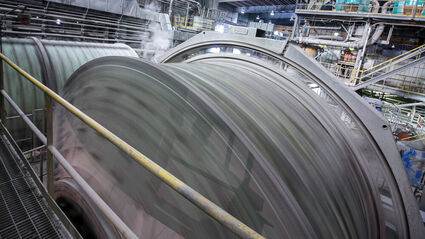 The Australia-based miner has a multi-year roadmap for expanding these resources and upgrading them to reserves that is built upon three axioms:

• "Gold comes from the Drill Bit."

• "More often than not, the next discovery or opportunity is already in the drill results data."

• "People are the centre of our success."

This is why Northern Star has a geology team of 54 crewmembers supporting up to 13 underground drill rigs at Pogo.

The company's "geology first" roadmap includes continued expansion of the Liese veins currently being mined, the Goodpaster deposit to the north, and the near-surface Hill 4021 target to the south.