Mining Explorers 2016: A land of opportunities 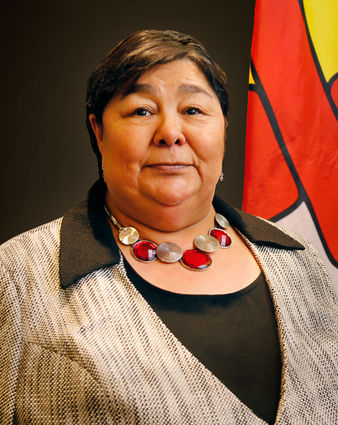 Endowed with some of the largest undeveloped mineral belts in the world, investment in public geoscience has shown the potential of Nunavut. The 2 million square kilometers (772,000 square miles) of the territory is geologically diverse and offers the potential for many commodities, including gold, diamonds, uranium, iron, base metals, nickel and platinum, making it an attractive destination for exploration. Although many new discoveries are yet to be made, existing mineral discoveries are costly to develop and launching exploration campaigns in the jurisdiction requires adequate financial backing.

As a high-cost jurisdiction to operate in, one avenue where new government programs can assist industry is with investments in infrastructure. Partnerships with regional Inuit associations, communities, the private sector and the federal government are beginning to show results. Scheduled to be in service in 2017, Iqaluit will be home to a new C$300 million airport to support growing air traffic carrying passengers and cargo that arrive in the capital. A C$85 million marine port and sealift facility for Iqaluit is receiving support from all levels of government and could be in operation by 2020, which would significantly lower costs and risk of new project developments in the region. A cooperation agreement for the Grays Bay Road and Port project was signed this year between the Government of Nunavut and the Kitikmeot Inuit Association with a goal of building a new deep water port on the north coast at Grays Bay, and a 325-kilometer all-season road to the NWT-Nunavut border. This road would link with the existing Contwoyto-to-Yellowknife winter road, which would connect the Kitikmeot region to the national highway system. This transportation corridor would enable base metal mining projects to become a reality once infrastructure is in reach to transport large amounts of construction materials, equipment and supplies as well as to export mineral concentrates.

For 2015, about C$215 million in expenditures for exploration and deposit appraisals occurred in Nunavut and preliminary estimates are for C$567 million of mineral production from the territory, dominated by gold (Natural Resources Canada data).

The Government of Nunavut continues to work cooperatively with various regulatory agencies to ensure that projects receive the attention needed as they work their way through the permitting process. Currently, Agnico Eagle Mines Ltd. received approval for expanding the size of the Vault Pit at the Meadowbank mine, enabling continued gold production until 2018. More than 2 million ounces of gold have been produced from Meadowbank since 2010 and close to 35 percent of the company's work force comes from Baker Lake and neighboring communities. The company was permitted this year for construction of a 60-kilometer (37 miles) all-season road from Meadowbank to its new Amaruq gold project where an inferred resource of 3.7 million oz. of gold has been identified. Gold continues to dominate the exploration and mineral development in the territory. Sabina Gold and Silver Corp. is seeking approval for its Back River gold project which contains 5.3 million oz. of measured and indicated resources and is currently in the permitting process. Auryn Resources is exploring for gold in the Committee Bay Belt following the discovery of several important occurrences by previous operators, including more than 1.6 million oz. of inferred and indicated resources at Three Bluffs. Nordgold is exploring the Pistol Bay trend near Whale Cove for gold as well.

Chidliak on southern Baffin Island is the most advanced diamond project in Nunavut. Peregrine Diamonds Ltd. released a favorable preliminary economic assessment for the first phase of development at Chidliak. It is projected that 11.6 million carats of diamonds could be recovered over a 10-year mine life from two kimberlite deposits on the property. In addition to Peregrine's project, exploration for diamonds in the territory is experiencing a revival. North Arrow Minerals Inc. and Dunnedin Ventures Inc. are examining kimberlite prospects in the Kivalliq region this year, and Crystal Exploration Inc. is exploring in the Kitikmeot region.

Baffinland Iron Mines Corp. commenced operations on northern Baffin Island in September 2014. It is the only iron mine and bulk commodity producer in the territory. The company is mining from Deposit No. 1 at Mary River which contains proven reserves of 160 million metric tons of high-grade ore. About 4 million metric tons per year are anticipated to be produced during the early revenue phase. Ore is stockpiled at Milne Inlet and the first open-water shipment of ore by bulk carrier to Germany took place in August 2015. Regular shipments of iron ore have continued in 2016. In February, Baffinland applied to regulators for allowing additional ore shipments and expansion of the port facilities under a phase 2 proposal which would see a total of 12 million metric tons per year leaving Milne Inlet.

Following a successful application and review process, Agnico Eagle received a project certificate for the Meliadine gold project near Rankin Inlet. Mine development however, will see a moderate delay with a new potential start-up date currently expected in 2020. Where development is on track, TMAC Resources received delivery at Hope Bay of equipment and machinery for its ore processing plant in August. At present, the Hope Bay deposits contain 3.2 million ounces of recoverable gold. Construction of facilities at the mine complex is nearing completion, and the company anticipates entering commercial gold production from its underground Doris North deposit in early 2017. This will raise the number of operating mines to three, one in each region of Nunavut.

The mining industry brings employment and career opportunities for residents of Nunavut and provides much-needed economic benefits to families where the cost of living is high. Compared to other parts of Canada and the globe, grades of new gold, diamond and uranium discoveries are among the highest in the world. With these exploration and development successes, the outlook for Nunavut is promising.

The Hon. Monica Ell-Kanayuk is minister of Economic Development and Transportation for the Government of Nunavut.