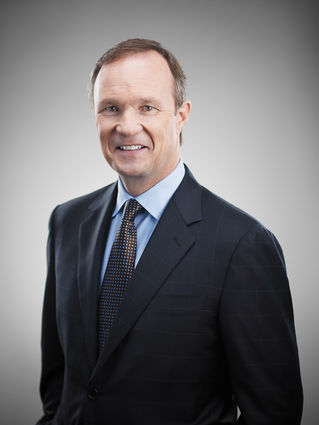 Agnico Eagle Mines Ltd. took healthy strides in 2016 towards developing Amaruq as a satellite to its Meadowbank gold mine in Nunavut.

The company acquired Amaruq, a previously undrilled gold property about 50 kilometers (31 miles) northwest of Meadowbank, in 2013 and by the end of 2015 had already outlined 16.9 million metric tons of inferred resource averaging 6.05 grams of gold per metric ton (3.3 million ounces) gold. About 89 percent of this resource is found in a deposit known as Whale Tail; the balance is hosted in the IVR and Mammoth 1 zones.

With the goal of having material ready to send to Meadowbank by the end of 2018, Agnico completed roughly 125,000 meters of drilling at Amaruq during two phases of exploration carried out in 2016. The initial phase of this program, which ran from February through June, involved 77,517 meters of drilling. Almost half of this drilling, 36,545 meters in 152 holes, targeted zones at the IVR deposit. Results have encouraged Agnico to consider that the V zones at IVR – a series of parallel quartz vein structures immediately north of Whale Tail – to be a potential second source of open-pit ore at Amaruq.

The largest of the V zones structures identified through July has been traced for about 1,000 meters along strike and to a depth of nearly 400 meters.

The phase 1 drilling at the V zones and Whale Tail deposit is being incorporated into an updated resource estimate for Amaruq. The initial phase of 2016 drilling also included nine holes for geotechnical and metallurgical testing needed for engineering studies. Expanding Whale Tail and determining whether the V zones could become a second source of ore at Amaruq were the primary goals of a 50,000-meter second phase of 2016 drilling at Amaruq.

To support exploration and be ready to transport ore, Agnico began construction of a 62-kilometer (38 miles) road linking Amaruq to Meadowbank early in 2016. By the end of June, roughly 13.3 kilometers (8.3 miles) of this road had been completed and the company anticipates having it finished next year.

The company, meanwhile, has applied for permits to develop an exploration ramp and potentially collect a bulk sample at Whale Tail as well as permits needed for commercial production at the satellite deposit.

At Meliadine, another Nunavut gold project about 25 kilometers (15 miles) from the town of Rankin Inlet, Agnico advanced roughly 3,700 meters of underground development in 2016.

A technical study completed at the end of 2014, considers a mine for Meliadine that would average roughly 350,000 oz. of gold per year based on extracting 1.39 million metric tons of proven and probable reserves averaging 7.44 g/t (3.3 million ounces) gold.

Internal studies to evaluate the potential of extending the mine life, increase annual production and improve project economics at Meliadine are expected to be completed by the end of 2016. Meliadine is currently slated to begin production in 2020.

In 2014, Agnico Eagle entered into an option agreement to earn an initial 51 percent interest in a portion of Greyhound by paying Aura C$250,000 and investing C$1.75 million in exploration by the end of May 2017, a stake that can be raised to 70 percent with additional expenditures. The 2016 program included ground magnetic surveys and drilling.