White Gold to hit the Yukon running in 2017 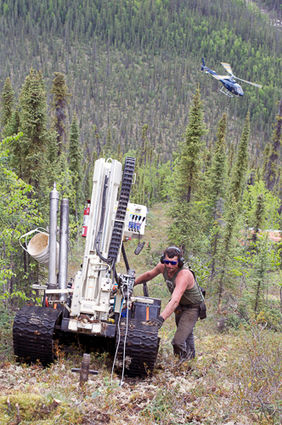 This program will be carried out on 22 of the company's gold properties in the district and is slated to include rotary air blast drilling; soil sampling; bedrock interface sampling, utilizing GroundTruth Exploration's GTProbe; drone surveys; geophysical surveys; mapping and prospecting.

The planned supplementary work will be performed to advance priority targets on other properties - particularly Nolan, the Hunker, Bonanza, Brew, and Wolf - to drill-ready status for 2018.

The work on the remainder of the projects is designed to follow up on known areas of interest.

White Gold's large land position is the result of an option agreement the company entered into with noted Yukon prospector Shawn Ryan and Wildwood Exploration Inc., a company owned by Ryan and his wife, Cathy Wood.

Ryan now serves as senior technical advisor to White Gold and Rob Carpenter, a founder of Kaminak Gold Corp., is on the board of directors.

White Gold is also utilizing GroundTruth Exploration, an innovative exploration company founded by Ryan, to advance the exploration on its large land package in the Yukon.