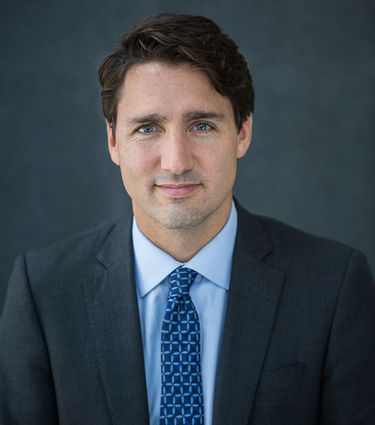 Roads to some of Yukon's richest mining districts are getting more than C$360 million in upgrades.

Canada Prime Minister Justin Trudeau rolled out the plans to invest in modern transportation infrastructure during a visit to the territory on Sep. 2.

"Modern infrastructure is key to developing and properly managing the incredible natural resources we have at our fingertips," Trudeau said.

The prime minister pledged C$247.8 million to the Yukon Resource Gateway project, a program that will upgrade more than 650 kilometers of roads in the territory, and build or replace numerous bridges, culverts, and stream crossings in two minerals-rich regions of the Yukon.

"The Resource Gateway is one of the most significant projects ever undertaken in this territory and will have an incredibly positive impact on the Yukon economy," said Yukon Premier Sandy Silver.

Following the development of project agreements with First Nations in regions of the proposed road upgrades, as well as the precursor environmental and socio-economic reviews, the Yukon will contribute up to C$112.8 million to the road project.

"First Nation agreement is essential to the continuation of the project and we look forward to working in partnership with them on this milestone development," Silver added.

This unprecedented road improvement project will boost the mine projects nearing development and add extra fuel to the excitement for mineral exploration in Canada's westernmost territory.

In the Dawson Range, home of the famed Klondike and White Gold districts, four separate road systems are slated for upgrades under the Yukon Resource Gateway project.

According to a feasibility study completed just before Goldcorp paid roughly C$520 million to acquire Kaminak Gold Corp., which owned Coffee Gold, an open-pit, heap-leach gold operation at Coffee is expected to produce 184,000 ounces of gold annually over a 10-year mine life at all-in sustaining costs of US$550/oz.

Goldcorp plans to build about 37 kilometers (23 miles) of new road that would link the Coffee property to an existing road extending south from the Klondike Highway into the Dawson Range, which is on the list for Resource Gateway upgrades.

Goldcorp, which recently filed the requisite permit applications, is targeting commercial production at its Yukon gold property by 2021.

Upgrading and extending roads into the White Gold District will also benefit White Gold Corp., a new gold exploration company that owns property that blankets 40 percent of its namesake district and has the backing of both Kinross Gold and Agnico Eagle.

White Gold, the company, was founded by Shawn Ryan, the prospector that discovered the Saddle deposit on the original White Gold property, Coffee and numerous other gold projects in the White Gold District.

White Gold Corp. recently cut a deal with Kinross Gold Corp. to acquire the major's interest in the White Gold project and other properties in the district.

"The historic Yukon Resource Gateway project as announced by Prime Minster Justin Trudeau and Yukon Premier Sandy Silver represents a major step forward towards unlocking Yukon's mineral potential," said Ryan. "White Gold Corp. is fully committed and looks forward to continue working with the federal, territorial and First Nation governments as we advance our exciting portfolio of Yukon projects for the benefit of all Canadians."

Yukon Resource Gateway project will also improve roads in the copper- and gold-rich areas along the south slopes of the Dawson Range.

This includes upgrading and extending roads toward Western Copper and Gold Corp.'s Casino project, which hosts 4.5 billion pounds of copper and 8.9 million oz of gold in 1.1 billion metric tons of proven and probable reserves.

The Resource Gateway project includes funding to upgrade 82 kilometers (51 miles) of the existing Freegold Road and about 30 percent of the funding needed to establish another 126 kilometers (78 miles) of new road along what is known as the Casino Trail.

"Construction of this road will provide jobs and business opportunities to the communities and First Nations in the short term, and will provide much needed infrastructure to the Casino project that will provide significant benefit to these communities, First Nations, and the Yukon in general for the long term," said Western Copper President and CEO Paul West-Sells.

Once in production, Casino is expected to employ some 600 workers and, a 2013 report indicates that a the mine would contribute C$9.6 billion to the Canadian economy, and payC$3.2 billion in taxes and royalties to federal, territorial, and First Nation governments over its initial 22-year mine-life.

The Casino project is currently in permitting.

On its way to Western Copper's mine project, the Casino Trail passes by a number of other copper and gold projects, including Triumph Gold Corp.'s (formerly Northern Freegold) Freegold Mountain project and Sonora Gulch, a property Golden Predator Mining Corp. recently optioned to Taku Gold Corp.

"This funding is a significant commitment from both the territorial and federal governments and reaffirms our belief that Yukon is one of the best jurisdictions in Canada for mining exploration," said Triumph Gold President and CEO Paul Reynolds.

"This milestone project, with improved access to our 3 Aces project and other projects, literally unlocks the wealth of the Yukon for the benefit of First Nation and rural Yukon communities as well as Yukon and Canada," said Sheriff.

Selwyn Chihong Mining Ltd. is planning to develop a world-class zinc mine at its Selwyn project near the end of the Nahanni Range 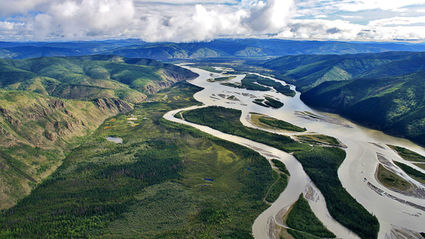 The Yukon River cuts through the White Gold District, a gold-rich region south of Dawson City that is drawing junior explorers and global miners alike.

The China-based company was previously targeting 2022 for the start of production, but postponed its plans in 2016 and there has been little news from the company since.

The concentrates from Selwyn would be trucked down the Nahanni Range Road on its way to Stewart, British Columbia, were it would be shipped to overseas markets.

Selwyn Chihong estimates the proposed mine will create roughly 1,500 jobs during construction and need some 750 workers once in operation.

It is these kinds of jobs that Trudeau hopes to spur with investments in Yukon roadways.