Collier rolls out plans for new, environmentally optimized Pebble Mine 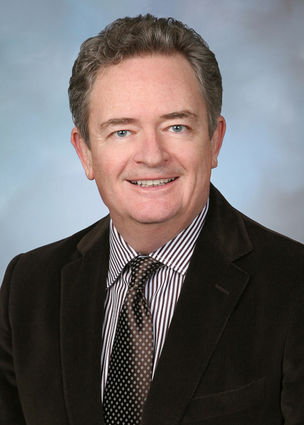 As the U.S. Environmental Protection Agency wraps up a public comment period on its proposal to withdraw pending restrictions on Pebble, plans for an “environmentally-optimized” mine at the world-class Pebble copper project in Southwest Alaska are beginning to take shape.

In formulating the new Pebble Mine, the Pebble Partnership considered the toughest criticisms from its staunchest opponents. Adjusting the project to address these concerns, coupled with the modern engineering going into the design, the company believes it has come up with a 21st Century mine worthy of Bristol Bay.

“I believe that we are going to be able to construct and operate a mine that will change people’s perception about what can be done,” Collier told Mining News.

A deposit of this world-class size naturally lends itself to economies of scale and mining companies with such enormous metals stores tend to think big.

The enormity of a mine that this store of minerals could support, however, was a primary cause of concern for Bristol Bay residents and the commercial fisherman who make a livelihood from the salmon there.

“One of the major criticisms focuses simply on size,” the Pebble Partnership CEO said.

His goal was to get the Pebble Mine proposal as close to the size of the operation that EPA would have allowed under the restrictions it attempted to impose against the project, which would have had a footprint of 4.7 square miles.

“My target was to get us in the ballpark of what the Obama Administration EPA said is something that could be built in the Bristol Bay Watershed,” the Pebble Partnership CEO told Mining News. “I figure that if your strongest critics say your project could be environmentally sound then you are in the right place.”

With a footprint of 5.4 square miles, which is smaller than the Ted Stevens International Airport in Anchorage, the project the Pebble Partnership is taking into permitting lands in the ballpark.

While reducing the size, the company still needs a project of the scale to support the investment of building a mine and the supporting infrastructure.

More simply put, the environmentally optimized Pebble Mine still has to turn a profit for the companies developing the project.

To meet both the environmental and economic goals, the new mine plan for Pebble focuses on areas of the deposit that come right to the surface.

Collier said that the company is proud of the work it has done to balance economics and environment.

“We have put forward a project that is financially sound but is very reasonable,” he said.

“There are some great potential partners out there that quickly get this,” he said, referring to the plan to start with a smaller operation at Pebble.

Inside the smaller mine footprint, the Pebble Partnership have made changes that further reduce the environmental impact and perceived risks of the project.

One of the biggest of these decisions is not to use cyanide extraction to maximize gold recoveries, therefore sacrificing a bit of the yellow metal to alleviate some worries.

While the mining industry safely uses cyanide to extract gold all around the world, Collier said that not bringing the chemical to Pebble eliminates the perceived risks many associate with this compound.

“That is a pretty big commitment that we made and another one our team is proud of,” Collier said.

Another commitment is to store the potentially acid generating tailings in a lined facility, a storage area that costs more to construct but adds an extra layer of protection.

With redundant water treatment facilities built into the mine plan, both the PAG and non-PAG facilities will only store tailings and not excess water.

Also, most of the discarded gold will be stored in the PAG facility, making it available for cutting edge and environmentally friendly gold recovery technologies being developed.

Reducing Pebble’s environmental footprint extends beyond the immediate mine area to the proposed road and port that will be needed to ship supplies in and concentrates rich in copper, gold, molybdenum and silver out.

The previous plan for Pebble access considered a roughly 85-mile transportation corridor from a deep-water port on the west side of Cook Inlet to the project site. While this route worked well for transporting concentrates and supplies, it was too rugged for the large pieces of mine equipment that was to be shipped in during project development.

A second more direct route that involved barging across Lake Iliamna was going to be built for the heavy iron deliveries.

Because Iliamna freezes in the winter, this route was never considered as an option for the year-round transportation of concentrates and supplies.

Ice breaking barges used to transport timber in British Columbia, however, could provide a year-round solution for shipping concentrates across the lake.

While this concept is still early in the planning, much of this summer’s field program went into gathering additional information on this shorter transportation proposal.

This more direct route to a deep sea port would dramatically reduce the number of culverts and stream crossing, another of the major concerns brought up by EPA and Pebble opponents.

While smaller than most people predicted, the new Pebble Mine will still have a significant economic impact in Alaska, particularly the southwestern region where the world-class copper deposit is located.

Lake and Peninsula Borough, which covers the area where Pebble is located, would especially benefit from a major new source of tax revenue.

Because Pebble is located on state lands, however, the Alaska Native regional and village corporations do not have a direct revenue stream from the project.

Pebble Partnership is working out the details of a profit sharing program that will give Bristol Bay residents and Alaska Native Village corporations in the region an ownership interest in the mine.

“We have made an internal commitment that we are going to revenue sharing,” Collier said.

The idea is to create a Bristol Bay corporate entity that would own 5 percent interest in the project.

The Pebble Partnership had originally hoped the Bristol Bay Native Corporation would serve as the vehicle for the profit sharing entity. BBNC, who has taken a strong stance against development of Pebble, refused to discuss this profit sharing idea.

Undeterred, the Pebble Partnership is working with Village corporations and residents.

It is estimated that each of the participating Village corporations would receive about US$500,000 per year from the project and the individual residents would get an annual dividend of roughly US$500.

A low-cost power supply, however, could provide the biggest economic boost to the region.

At nearly US80 cents per kilowatt-hour, electricity in Bristol Bay is expensive, a burden for both the residents and fishing sector there.

The Pebble Partnership hopes to generate the power for Pebble and the region with Cook Inlet natural gas.

“Our plan is to bring in enough capacity so that there will be power available to be distributed to the villages in the region,” Collier said.

A future Pebble Mine would provide a new revenue stream to Alaska coffers.

In fact, the scale of mine the Pebble Partnership plans to take into permitting would pay Alaska an estimated US$1.3 billion over the initial 20-year mine-life being submitted for permitting.

This roughly US$65 million a year would help bolster state coffers that have been dwindling due to lower oil prices and production.

The mine will also add some 2,000 high-paying jobs. With the average annual salary for Alaska mine workers topping US$100,000, these jobs will flow another US$200 million into the economy each year.

Collier said Pebble Partnership plans to file permit applications for the new Pebble Mine before the end of 2017.

If all goes well, this means that development at Pebble, and the economic activity that comes with it, could start as early as 2022.

“We look forward to an environmental impact statement and the kind of comprehensive review that requires and encourages, and hope we come out of the other end of that process with a permit,” the Pebble Partnership CEO said.