War on mining is over 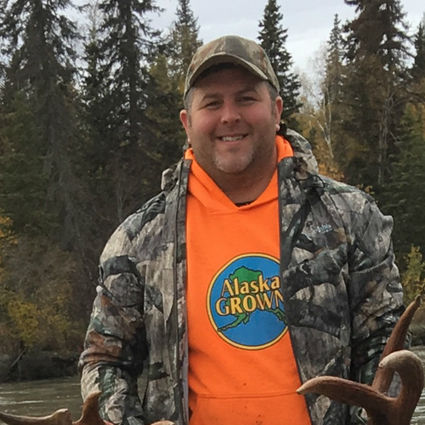 When When Steve Wackowski asked his superiors at the U.S. Department of Interior office in Washington D.C. for a message to deliver at the Alaska Miners Association's annual convention in Anchorage, their response put an exclamation point on a clear shift in federal policy since President Donald Trump took office – "The war on mining is over."

This does not mean the United States' mining sector has a new federal ally, but it does indicate that the Bureau of Land Management, National Park Service and other agencies under the DOI banner are willing to grant mining due consideration on federal multi-use lands.

Wackowski, who was sworn in as Interior Ryan Zinke's senior advisor for Alaska affairs in May, delivered this message during a Nov. 8 presentation at the AMA convention.

Alaska's main terminal to the Interior offices in Washington D.C. said Zinke has made it clear that it is the department's sacred duty to be stewards of the public lands under its domain and that the mining sector is held to the highest safety and environmental standards on those lands.

"But with that comes another priority given to us by our President – that is to remove the burdensome and unnecessary regulations that seem to have been written to put mining out of business," said Wackowski.

Due to onerous policies, mining and mineral companies familiar with the landscape tend to sidestep federal lands in Alaska – especially those lands that fall under Interior Department agencies.

Mining executives, however, have been reluctant to publically express this discontent because of needing to deal with the Department of Interior and other federal agencies as a normal course of business – no matter whether it is state, federal or Alaska Native lands in which they are exploring or developing.

This is particularly true at the exploration stage, according to a mining executive.

"Working on federal lands in Alaska is way more difficult than working on state lands, in terms of getting permits for exploration," he said.

Wackowski, a lifelong Alaskan and Air Force veteran that understands minerals increasingly important role in modern devises and America's military arsenal, has a personal reason to want to change this perception.

"I never want my sons to have to go fight for someone else's resources," he said.

Wackowski and Zinke, both U.S. military veterans who have deployed overseas, have witnessed the environmental and social costs of resource extraction in foreign lands and have a shared belief that America would be better served to source a larger share of its resources on domestic soil.

"Particularly with oil and gas, we view energy dominance as a priority that will provide for a safer world (and) a more healthy American economy," he said.

Being an Alaskan and knowing the resource riches his home state has to offer, this conviction is especially strong for Wackowski.

Wackowski sees a reworking of BLM's land management plans as one area the Interior Department can help make it easier for miners to do business on federal lands in Alaska.

"We understand that we have challenges with some of our land management plans," he said.

BLM is responsible for the management of 6.5 million acres in the federal government's Eastern Interior planning area, a roughly 30-million-acre, triangle-shaped expanse of eastern Alaska that stretches from the Yukon Territory border to a point about 240 miles into the interior of the state. This New York State-sized expanse blankets most of five historic mining districts – Fortymile, Goodpaster, Fairbanks, Circle and Tolovana (Livengood) – that have produced roughly 21 million ounces of gold and is known to host a broad range of other minerals.

A management plan finalized just before President Obama left office would place roughly 74 percent of BLM-administered lands in this minerals rich section of Alaska's Eastern Interior region off limits to mining for decades to come.

Wackowski, who visited with miners during a July trip to the Fortymile District, witnessed firsthand the livelihood family-run operations dig out of the ground in the district.

Aside from the large tracts land the pending Eastern Interior Management Plan puts off limits, Wackowski said the 1,500-page document is far too cumbersome for placer miners, mineral exploration companies and Alaska Native corporations trying to do business on BLM lands in the area.

"That is part of what we are going to try to address – to make it a little more simple and a little easier to do business on our federal lands," he said.

Permitting a road into the metals-rich Ambler Mining District is a high priority item for the Interior Department, according to Wackowski.

BLM is the lead agency for permitting the proposed Ambler Road, which would extend west 211 miles from the Dalton Highway to the Ambler district.

The Upper Kobuk Mineral Projects – an expansive minerals property being advanced under a partnership between Trilogy Metals Inc., South32 Ltd. and NANA Regional Corp. – lies at the western end of the proposed road.

Trilogy is currently finalizing a pre-feasibility study that will detail the plans to mine Arctic.

The concentrates produced from such a mine will need to be shipped to refineries for further processing, which is where the need for the Ambler Road comes in.

In 2015, Trilogy and the Alaska Industrial Development and Export Authority entered into a memorandum of understanding that paves the way for the quasi-state-owned development authority to advance the Ambler Road.

A similar agreement to build the Delong Mountain Transportation System, a road and port facility linking the Red Dog zinc-lead mine to world markets, has proven to be a good investment for AIDEA and the state.

Ideally, the Ambler Road and Arctic Mine would be completed about the same time. To keep the road side of this on schedule, AIDEA submitted applications for rights-of-way, permits and related authorizations needed for the road in 2016.

BLM is currently working on an environmental impact statement and is collecting public input for the proposed Ambler Road, formally known as the Ambler Mining District Industrial Access Project.

The public comment period for the Ambler Road ends on Jan. 31.

The war is over

Wackowski said that he has witnessed firsthand the high-wage jobs Alaska mines have to offer and the Interior Department under the Trump Administration is dedicated to do what it can to support more of these jobs.

"Engage with us to let us know how we can get more good paying jobs like that here in this state and across the nation," Alaska's advisor to Secretary Zinke offered.

He closed his presentation by reaffirming the truce called at the beginning.

"The war on mining is over, so please help us find a way to help you guys out," he said.

asked his superiors at the U.S. Department of Interior office in Washington D.C. for a message to deliver at the Alaska Miners Association's annual convention in Anchorage, their response put an exclamation point on a clear shift in federal policy since President Donald Trump took office – "The war on mining is over."