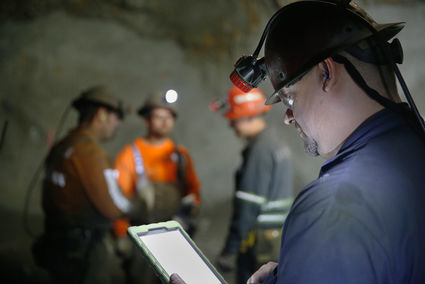 The real-time data provided by a high-speed wireless data transfer system installed at Hecla Mining's Greens Creek Mine is improving safety and productivity at this underground operation near Juneau, Alaska.

Hecla Mining Company Jan. 10 reported that its Greens Creek Mine produced 8.4 million ounces of silver and 50,855 oz of gold in 2017. The mill operated at an average of 2,300 tons per day in 2017, a record which is about 15 percent higher than the throughput when Hecla became operator of the underground mine in 2008.

"Our mines finished the year strongly, with Greens Creek exceeding our estimates again this year and Casa Berardi and San Sebastian performing at the upper end of our estimates, generating the second highest annual silver production and third highest gold production in our 126-year history," said Hecla President and CEO Phillips Baker, Jr. "Their performance is a result of the focus on increasing throughput, with Greens Creek and Casa Berardi both achieving records."