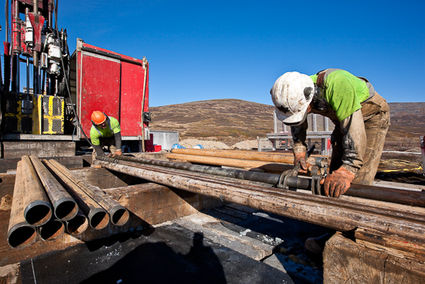 More than 1 million feet, or 200 miles, of drilling has been completed at the Pebble project since 1988.

Northern Dynasty Minerals Ltd. Feb. 23 announced a slight bump in the resource for its Pebble copper-gold-molybdenum-silver deposit in Southwest Alaska.

Both resources are calculated at a 0.3 percent copper-equivalent cut-off grade.

Northern Dynasty said the minor increase in the resource is due to the change in metallurgical processing approach as outlined in the project description submitted to the U.S. Army Corps of Engineers in December.

More than 1 million feet, or nearly 200 miles, of drilling has been completed at Pebble since 1988.

The updated resource is supported by a technical report published by Northern Dynasty on Feb. 22.