Coeur begins production at Silvertip Mine 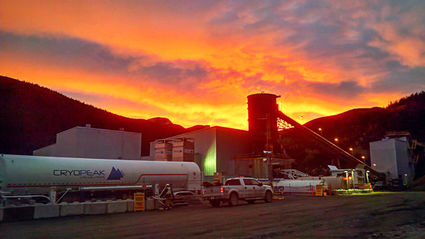 A fiery sunset over the Silvertip Mine in northern British Columbia, the newest operation in Coeur Mining's North American-focused portfolio.

Coeur Mining Inc. March 8 announced that it has completed commissioning of the mill at Silvertip and begun production at the high-grade silver mine in northern British Columbia.

"The achievement of this important milestone at Silvertip builds upon the strong momentum with which we have started 2018," said Coeur President and CEO Mitchell Krebs. "Ramp-up of milling rates and production is plann...