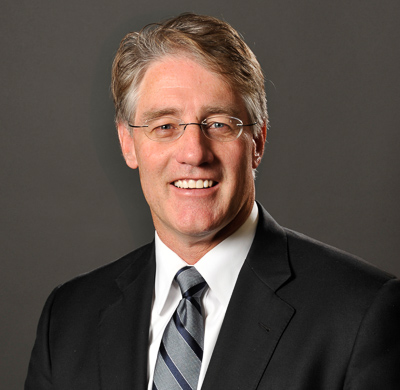 "(D)rilling at Greens Creek continues to discover high-grade mineralization that could enhance the already exceptional mine economics and mine life," said Hecla President and CEO Phillips Baker, Jr.

The company said step-out drilling at East Ore Zone – including an intersection of 23.2 oz/ton silver, 0.02 oz/ton gold, 3.97 percent zinc and 1.68 percent lead over 10.4 feet – suggest strong mineralization continues beyond the resource to the south and at depth.

Definition drilling of the southern portion of the Deep 200 South Zone – including 28.9 oz/ton silver, 0.05 oz/ton gold, 2.1 percent zinc and 1.2 percent lead over 16.4 feet – confirmed the high grades found there and upgraded this portion of the zone to the indicated resource category.

Drilling of the Upper Plate Zone suggests the two, flat-lying ore zones found there, which are near the mine portal elevation, could be thicker than modeled and higher in elevation toward the west.

Hecla said underground and surface drilling during the second quarter will target further expansion of the Upper Plate Zone resource.

In the deepest reaches of the underground mine drilling targeting the Deep Southwest Zone, an extension of the Southwest Zone and 200 South Zone. Drilling here intersected 22.04 oz/ton silver, 10.18 percent zinc, and 5.14 percent lead over 2.49 feet.

The Idaho-based miner said drilling of the Gallagher Zone, also located at the lower elevations at Greens Creek, confirmed modeled thicknesses and may have increased the resource by defining mineralization further to the west beyond the current resource. Intersections from this program include 7.2 oz/ton silver, 0.12 oz/ton gold, 10.5 percent zinc and 5.6 percent lead over 4.6 feet. 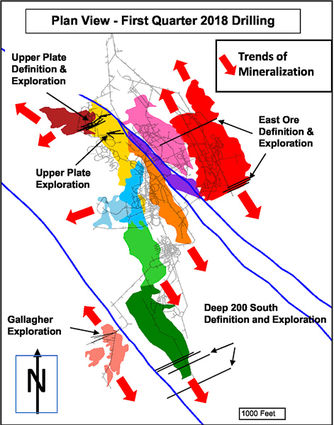 Surface drilling is slated to start in June and will evaluate expansions to the Upper Plate, North Gallagher, Southwest Bench and 5250 zones.

Hecla also plans to resume exploration drilling at Kinskuch, a silver project in northwestern British Columbia that it acquired in 2016.

"In the second quarter, we plan to initiate drilling programs at Kinskuch in northern British Columbia, Little Baldy in Idaho and on surface at Greens Creek," said Baker, Jr.