35 minerals critical to the United States 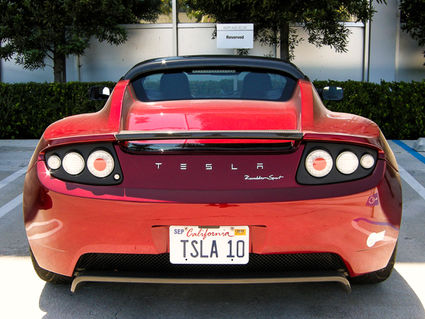 A Tesla Roadster owned by Elon Musk parked at the SpaceX facility in 2010. At least 12 of the commodities on the USGS critical minerals list go into making electric cars.

In a report published in December, the United States Geological Survey defined critical minerals as non-fuel minerals or mineral materials essential to the economic and national security of the United States; vulnerable to supply chain disruptions; and serve an essential function in the manufacturing of a product, the absence of which would have significant consequences for the U.S. economy or security.

Using this definition, USGS has identified 35 minerals critical to the U.S., 29 of which can be found in mines, deposits, and prospects across Alaska.

Here is the list of critical minerals with a designation of the minerals Mining News identified in Alaska deposits, prospects and occurrences; a brief description of where in the state they are located; and the primary uses of each of the minerals and metals.

ALUMINUM (bauxite) – While aluminum is considered the most abundant element in Earth's crust, no appreciable amounts of this lightweight metal are found in Alaska. Used in almost all sectors of the economy, aluminum is the second most used metal in the world.

ANTIMONY (ALASKA) – Historically mined near Fairbanks and found in many areas of Interior Alaska, antimony is primarily known for its flame-retardant properties. Antimony alloys are also used in batteries and low-friction metals.

BARITE (ALASKA) – Found in abundance at the Palmer volcanogenic massive sulfide deposit in Southeast Alaska, barite is primarily used as a weighting agent in drilling mud for oil and gas exploration and development drilling.

BERYLLIUM (ALASKA) – Associated with tin deposits, such as those in the Lost River area on the Seward Peninsula of western Alaska, beryllium alloys are widely used as a structural material for high-speed aircraft, missiles, spacecraft and satellites.

CESIUM – With the second lowest melting point of all metallic elements, cesium is often used in research and development. This element is also used in atomic clocks, photoelectric cells and to remove trace gases from vacuum tubes.

CHROMIUM (ALASKA) – Historically produced at the Queen Chrome Mine on Alaska's Kenai Peninsula, chromium is used primarily in stainless steel and other alloys such as the smooth, reflective and highly corrosion resistant chrome finish on automobiles.

COBALT (ALASKA) – Associated with carbonate replacement copper, platinum group metal and volcanogenic massive sulfide deposits in many parts of Alaska, cobalt is used in superalloys and as a cathode material in lithium-ion rechargeable batteries.

GALLIUM (ALASKA) – Often found in carbonate-hosted copper deposits, such as the Bornite deposit in the Ambler Mining District of Northwest Alaska, gallium is used in medical thermometers, semiconductors, solar panels and integrated circuits.

GERMANIUM (ALASKA) – The zinc concentrates from the Red Dog Mine in Northwest Alaska includes some germanium. This metal is also found in carbonate-hosted copper deposits. The largest uses for germanium are fiber optics, night vision devices, semiconductors and transistors.

GRAPHITE (NATURAL) (ALASKA) – The Graphite Creek property on the Seward Peninsula of western Alaska hosts a very large deposit of this form of carbon that is widely used for lubricants and is used as the anode material in the lithium-ion batteries that power electric vehicles.

HAFNIUM (ALASKA) – Found in many of the same regions of Alaska that also host rare earth element and zirconium, hafnium is a good absorber of neutrons and is used in the control rods of nuclear reactors. It is also used in metal alloys and high-temperature ceramics.

HELIUM – Known primarily for its use in lighter-than-air craft, such as weather balloons and airships, helium is also used for magnetic resonance imaging (MRI), as an inert gas for welding, and as a coolant for nuclear reactors and the Large Hadron Collider, the world's most powerful particle accelerator.

INDIUM (ALASKA) – Often found with the tin deposits found across Alaska, indium has an increasingly important role in modern electronics. Transparent and highly conductive, indium-tin oxide is an ideal material for touchscreen phones, tablets and computers.

LITHIUM – This lightest of all metals is experiencing exponential growth in demand due to its importance to the rechargeable batteries used in electric vehicles and an increasing number of cordless electronic devises.

MAGNESIUM (ALASKA) – Not known to be widespread in Alaska, high concentrations of magnesium are found in the Queen Chrome Mine, or Red Mountain mine on the Kenai Peninsula. Magnesium is used in furnace linings for manufacturing steel and ceramics.

MANGANESE (ALASKA) – One manganese-rich occurrence has been identified on the north shore of Chenega Island in the Prince William Sound just west of Alaska's Kenai Peninsula. Manganese is used as a corrosion resistant alloy in aluminum and steel.

POTASH – An alkaline potassium compound, potash is primarily used as a fertilizer, where the potassium helps make plants more drought- and cold-tolerant and protects them from disease and pests. Potash is also used in soaps.

RARE EARTH ELEMENTS GROUP (ALASKA) – These 15 related elements are found across wide swaths of Alaska. The unique properties of REEs are important to many modern products such as compact hard-drives, magnets in high-efficiency power generation and military hardware.

RHENIUM (ALASKA) – The Pebble project in Southwest Alaska has rhenium resources that represent more than 40 years of production at current global mine levels. Other Alaska porphyry deposits may also have large amounts of this metal used for lead-free gasoline and superalloys.

RUBIDIUM – A silvery-white metal with properties similar to potassium and cesium, rubidium is primarily used for research and development in electronics. Since it is easily ionized, researcher believe it could be used as a propellant in ion engines on spacecraft.

SCANDIUM (ALASKA) – This element has similar unique characteristics as rare earths and is typically found in REE deposits, including the Bokan Mountain project in Southeast Alaska. Aluminum-scandium alloys are used for aerospace components and sports equipment.

STRONTIUM – While strontium is the 15th most abundant element in nature, few viable deposits of its most useful mineral, strontianite, have been identified. Strontium is best known for the brilliant reds its salts give to fireworks and flares. It is also used for ceramic magnets.

TANTALUM (ALASKA) – Most of the areas of Alaska with tin-bearing granites are high-priority targets for tantalum. The chemical inertness of tantalum makes it a valuable substance for laboratory equipment. Its primary uses, however, are in electronic components, mostly capacitors.

TELLURIUM (ALASKA) – Often found with copper, gold and silver mineralization in Alaska, there is the potential to recover tellurium as a by-product from mining in the state. Tellurium is used as a copper and stainless-steel alloy and for enhancing the electrical conductivity of solar cells.

TIN (ALASKA) – With more than 100 known tin occurrences, Alaska is the best place in the United States to look for a domestic source of tin. In 2017, the U.S consumed roughly 90 million pounds of tin that was used primarily for alloys, none of which was mined domestically.

TITANIUM (ALASKA) – A marine placer deposit with significant concentrations of titanium and zirconium have been identified on the beaches at Icy Cape on the Gulf of Alaska. Titanium is used in alloys for the aerospace industry, where lightweight strength is important.

TUNGSTEN (ALASKA) – Found in many parts of Alaska, tungsten was historically produced at the Stepovich-Cleary Hill Mine near Fairbanks. Tungsten and its alloys are used in applications where resistance to high-temperatures and extreme wear are important.

URANIUM (ALASKA) – There are a few places in Alaska known for their uranium potential, including Death Valley on the Seward Peninsula and Revelation Mountains in Southwest Alaska. Uranium is primarily used as a nuclear fuel.

VANADIUM (ALASKA) – This rare metal is found in association with uranium and platinum group metal deposits in Alaska. Titanium-vanadium alloys are used in jet engines. Ferrovanadium – a strong, shock- and corrosion-resistant alloy of iron – is one of the primary uses for this metal.

ZIRCONIUM (ALASKA) – This corrosive resistant metal is often associated with rare earth deposits in Alaska. Significant amounts have also been found in beach placers at Icy Cape on the Gulf of Alaska. Zirconium is used in the high-temperature ceramics and superconducting magnets.

This "final" list of 35 critical minerals is not intended as a permanent designation of criticality, but a dynamic list updated periodically to represent current data on supply, demand, and concentration of production, as well as current U.S. policy priorities.

In its Minerals Commodity Summaries 2018, the USGS identified 50 different minerals and metals for which the U.S. was net import reliant,21 of which it imported 100 percent of its supply.