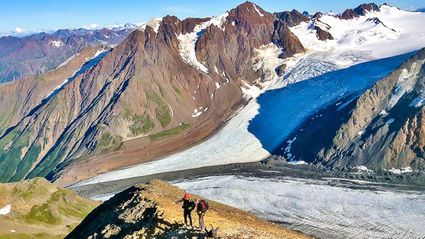 Being carried out by a joint venture between Constantine (51 percent) and Dowa Metals & Mining Co. Ltd. (49 percent), this year's drilling will target the definition and expansion of the copper-zinc-silver-gold resource at the South Wall-RW deposit; expansion of the AG Zone, a new silver-gold-zinc rich discovery made last year; and test new targets across the district-scale Palmer property.

Drilling at South Wall will target areas west of strong 2017 drill results from the western edge of the mineral resource, as well as a fault-displaced offset of the zone at depth.

Highlights from the 2017 drilling in the expansion area at South Wall include:

Constantine said both target areas have potential to significantly expand the extent of mineralization beyond the bounds of the current resource.

The 2017 drilling defined AG Zone mineralization over a strike length of 225 meters and a vertical dip length of 275 meters, with the zone open along strike and at depth.

AG Zone has yielded the best precious metal drill intersections at Palmer, including:

• 9.2 meters of massive barite-sulfide averaging 312 g/t silver and 0.9 g/t gold in the discovery hole; and

This year's drilling will test for expansions of this high-grade zone along strike and at depth.

The JV partners have identified 11 targets across a roughly 20-square-mile area with geophysical characteristics similar to the South Wall deposit, several of which coincide with areas of VMS-style mineralization and hydrothermal alteration exposed at surface.

An 1,137-line-kilometer electromagnetic geophysical survey flown over the Palmer property last year was used to prioritize targets to drill this year.

Two of these high priority targets are Boundary and HG, prospect that have never been drilled.

The interpreted source of the massive sulfide-barite float boulders is located under surficial cover and coincides with one of the most pronounced electromagnetic anomalies identified in the survey area.

Like Boundary, the HG prospect is defined by a large-scale alteration zone associated with massive sulfide-barite mineralization exposed at surface, with grab samples grading up to 14.1 percent zinc, 0.36 percent copper, 2.3 percent lead and 198.9 g/t silver.

A distinct airborne EM geophysical response is located immediately on strike of the 600-meter-long alteration zone. 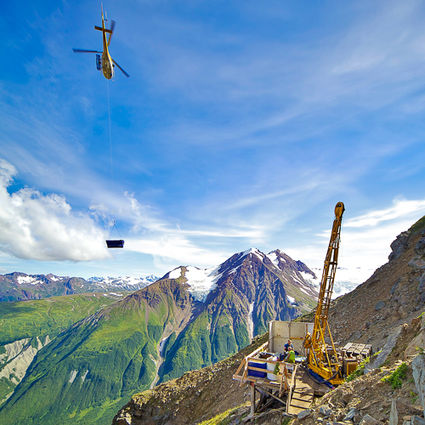 The 2017 drill program cut strong copper and zinc beyond the western edge of the South Wall resource, indicating the potential for significant expansion of the VMS deposit.