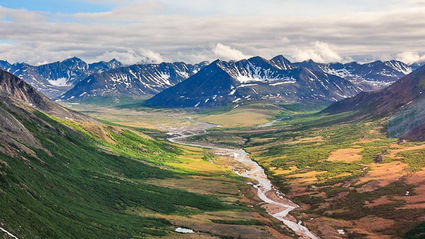 A view of the Graphite Creek project in northwest Alaska, where Graphite One has outlined roughly 5.7 million metric tons of graphite along a portion of the 11-mile long trend of near-surface mineralization identified there.