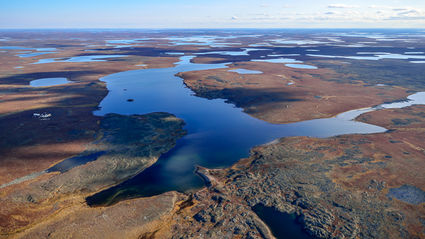 Agnico Eagle Mines Ltd. July 16 reported that its Amaruq and Meliadine gold mine projects in Nunavut are on track to begin production next year.

On July 11, Crown-Indigenous Relations and Northern Affairs Canada Minister Caroline Bennett approved the Type A water license, which allows Agnico to begin construction and development of the Whale Tail pit at Amaruq.

"We would like to thank the various regulatory agencies, both federal and territorial, the Inuit Organizations, the local communities and our employees for their diligent participation in the permitting process," said Agnico Eagle Mines CEO Sean Boyd.

"Elsewhere in Nunavut, development activities at Meliadine are progressing on schedule and on budget, which continues to support the start of production in the second quarter of 2019," he added.

Preliminary construction work and stripping of the Whale Tail pit will begin in the coming weeks and production from this deposit is expected to begin in the third quarter of 2019.

Ore mined from the Whale Tail pit will be shipped to Agnico's Meadowbank mine site about 50 kilometers (31 miles) south and processed through the 11,000-metric-ton-per-day mill there.

The Meadowbank gold mine, which began production in 2010, has enough ore in reserves to last until the first ore arrives from Amaruq.

Overall, this mine is expected to produce 2.1 million oz of gold during the first five years of operation.

Agnico Eagle has budgeted US$175 million in capital expenditures for Amaruq this year.

In addition to development of the Whale Tail pit, this year's program includes development of an underground exploration ramp at the deposit; engineering studies for Whale Tail infrastructure; expansion of camp facilities; and upgrading the road between Amaruq and Meadowbank.

The main purpose of building the ramp is to carry out additional exploration drilling and evaluate the potential for underground mining activities at both the Whale Tail and V zones.

Agnico said exploration continues at depth in both the Whale Tail and V zones, as well as conversion drilling of underground mineral resources closer to the planned bottom of the Whale Tail pit.

During the second quarter, the company completed 22,342 meters of drilling at Amaruq in 51 holes, part of the first phase of a 67,000-meter exploration drill program slated for this year.

Definition drilling during the quarter totaled 5,479 meters (63 holes) to infill the initial benches of the planned open pit in preparation for the first year of production.

So far, drilling has defined the Whale Tail deposit for at least 2,300 meters along strike and to a depth of 915 meters.

The objective of the current drilling at Whale Tail is to improve the understanding of the geometry and limits of the main ore shoot. The current understanding is that this ore shoot extends from surface to almost 550 meters depth over a strike length of approximately 1,500 meters.

Agnico believes the results from the current program should allow a more rapid assessment of the economic potential of this area.

Hole AMQ18-1742 cut 11.1 meters of 8.9 grams per metric ton gold from a depth of 403 meters along the base of the ore shoot. Preliminary interpretation of this hole, which was drilled subparallel to mineralization, suggests that the lower limb of the folded ore shoot could locally be wider than previously modelled.

The drill program for the remainder of 2018 will continue to test the Whale Tail deposit and the parallel structure at depth to the north, to expand and upgrade the resource.

The V Zone consists of a series of parallel stacked mineralized structures striking northeast from near surface to 653 meters below surface.

Agnico said drilling is encountering significant gold grades along multiple stacked mineralized horizons associated with the V Zone ore shoot. These mineralized zones are hosted within both the volcanic and sedimentary rocks found there, contributing to contrasting styles of mineralization.

Volcanic host rocks result in ore styles typical of what is observed in the V Zones close to surface – a series of discrete shear veins – while sedimentary host rocks result in mineralization styles more typical of the Whale Tail type of mineralization – a mix of more diffuse veins and silica flooding within greywackes (a dark coarse-grained sandstone containing more than 15 percent clay) and chert (a fine-grained sedimentary rock) units. Agnico said the latter style of mineralization is characterized by less nugget effect and often a wider and generally more predictable gold distribution.

Hole AMQ18-1697C cut 15.1 meters of 3.7 g/t gold within the sedimentary rocks, about 60 meters below and 175 meters east of the current mineral resource envelope.

Hole AMQ18-1737 further confirms mineralization to the east along another possible V Zone ore shoot parallel to the main one, with a 3.9-meter intercept averaging 8.2 g/t gold from a depth of 453 meters.

Hole AMQ18-1723 cut 5 meters of 10.3 g/t gold at 20 meters depth. This intercept lies about 120 meters west of the planned V Zone pit limit, so is expected to extend the mineral resources westward at surface.

Agnico said drilling will continue to test the depth and lateral extent of the V Zone.

Agnico's Meliadine project remains ahead of schedule and the company anticipates the underground gold mine to go into operation by mid-2019. 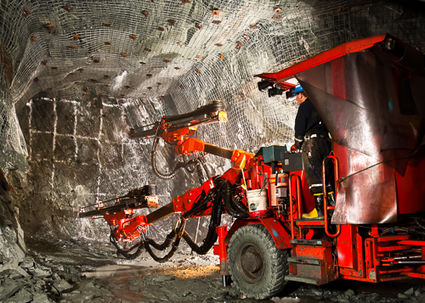 Underground development at Meliadine remains on schedule and Agnico Eagle expects to begin production by mid-2019.

Agnico's 2018 capital budget for Meliadine is US$398 million and the company said underground development and surface construction at the coming gold mine remains on budget and schedule.

The first vessel of the sealift shipping season to deliver supplies for Meliadine arrived in Rankin Inlet on July 9. This ship has been unloaded and a second boat is being off-loading.

Additional details on the Meliadine project will be provided with Agnico's second quarter results, scheduled for release on July 25.