Territory stumbles in race for riches 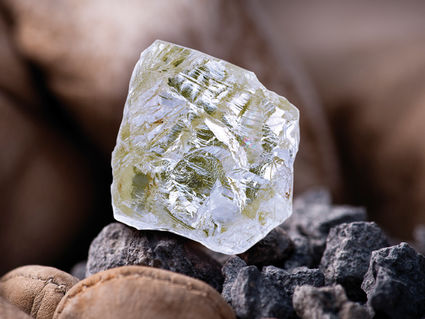 Northwest Territory is renowned for the quality diamonds recovered from three world-class mines there, including this 187.7-carat gem known as Foxfire, the largest diamond recovered from the Diavik Mine.

Northwest Territories may fall behind Canada's two other territories in mining activity in the near-future, but projects underway in the northern jurisdiction hold substantial promise for mid- to long-term gains, especially if many current roadblocks come down.

"Optimism is warranted for the territory's mining sector and the broader economy it drives," said Wally Schumann, minister of industry, tourism and investment for the Government of Northwest Territories.

But exploration managers and mining company executives worry that federal and territorial officials give more lip service than effective support to mine development in NWT.

Schumann, speaking in recognition of Mining week in the NWT in early June, put a positive spin on the northern jurisdiction's mining outlook, despite a report released by Canada's Conference Board less than a month earlier that showed mining sectors in Yukon Territory and Nunavut, the territory's northern neighbors, will outpace NWT in the race to discover and bring into production new mineral deposits.

"Just as our resilient territory has done before, we will work in partnership with indigenous partners and industry stakeholders to capitalize on the opportunities before us to unlock the potential of our future," Schumann said in a statement.

He cited rising grassroots exploration and a recent spurt in miners snatching up new mineral claims and prospecting permits as positive indicators.

"In 2017, the number of staked claims nearly tripled 2016 levels. The trend is continuing in 2018 and includes companies new to our North," he said. "While more exploration is needed, we are learning more about our NWT geology, including the world-class diamond potential of the Dehcho (region) that is worth exploring. Meanwhile, we are seeing a return of major players to staking and exploration in the Slave Geological Province."

Several ongoing mine projects could change the face of the NWT's economy as they move closer to production, according to Schumann. These include the Pine Point zinc-lead project under the management of Osisko Metals, which he said has the means and experience to bring the venture online, and Canadian Zinc, which under new ownership and investment, has updated a feasibility study for the Prairie Creek silver-zinc-lead mine and is targeting production in 2020.

"Fortune Minerals' NICO mine is poised to produce by 2022 with some of the world's largest cobalt and bismuth reserves," he noted.

The minister also cited the continued strength of the territory's diamond sector.

"And, despite news of difficult business decisions, Washington Companies' acquisition of Dominion Diamonds (Mines) and Mountain Province Diamonds' acquisition of Kennady Diamonds (Inc.) are a testament that the potential in our diamond sector remains strong; and NWT mines continue to assess and plan expansion projects that will expand our industry for another generation," he said.

One sign is Dominion Diamonds' report in May that it discovered an estimated 16.3 million carats of diamonds in the Leslie kimberlite pipe, an undeveloped section of the Ekati mine, the longest-operating diamond producer in NWT.

"Our renewed focus on exploration is generating strong results along the entire project pipeline, reflecting near-, mid- and longer-term potential," said Jim Gowans, Dominion's chairman, in reporting the find.

Ekati went into production in 1998 and is currently expected to continue producing diamonds until 2034. Dominion has said ongoing exploration and project evaluation activities, not counting the recent discovery, could extend the operation's mine life to 2042. As of January 2017, the mine has produced 67.8 million carats of diamonds.

However, the Diavik mine, Dominion's other diamond producer in NWT, which it co-owns in a 40-60 percent split with Rio Tinto plc, appears to be losing steam. The mine, which commenced operation in 2002, is currently expected to cease production around 2025.

Still, the territory's largest and newest diamond mine, Gahcho Kué, is setting records in its first full year of production. Jointly owned 51-49 percent by De Beers Group and Mountain Province, the mine went into operation in March 2017. The joint venture posted strong output for the first half of 2018, including record-setting 1.9 million carats during the second quarter. The JV believes the mine's production will exceed 6.3 million carats in 2018, in keeping with previously posted estimates.

The large mine employs about 530 workers and should continue to operate for many years, especially given Mountain Province's recent acquisition of Kennady Diamonds, owner of the nearby Kelvin-Faraday advanced exploration project, which boasts an indicated resource of 13.62 million carats of diamonds in the Kelvin kimberlite and an inferred resource of 5.02 million carats in the Faraday kimberlites, along with additional exploration potential.

Schumann also cited the growing popularity of the territorial government's mining incentives as a positive sign for the industry.

In June, the NWT government said it will invest $1 million in 18 promising prospecting and exploration projects across the territory to advance mining exploration.

Territorial government officials say the Mining Incentive Program, now in its fourth year, has realized over C$9.8 million in leveraged spending since its inception. In 2017, the incentives generated more than C$3.4 million in mineral exploration spending, including C$881,055 in total GNWT investment; a 3-to-1 ratio.

This year, 34 applicants sought nearly $3.5 million in funding, marking the largest applicant and funding pools the program has ever attracted. Applicants were evenly split between prospectors and companies.

In early July, the governments of Canada and the NWT said they will jointly contribute C$140 million in funds to advance the Mackenzie Valley Highway to spur exploration and mining in the Sahtu region, a part of the vast territory that has seen no mining activity since the 1980s. The money will pay for construction of a bridge, 15 kilometers, or 9.3 miles, of an all-weather road from Wrigley north to Mount Gaudet, and environmental and planning studies to inform final highway routing, design and construction permits.

The Sahtu, at 280,238 square kilometers, or 108,172 square miles, is roughly the size of Nevada. It is one of five administrative regions in the NWT and hosts four geological provinces with diverse mineral potential including lead, zinc, iron, copper, silver, uranium, lithium, cobalt, diamonds, tungstn and even emeralds.

Despite its tremendous potential, the region has seen a disproportionately low amount of mineral staking and exploration over the past 30 years, mainly due to its nearly 100-year reliance on oil and gas production.

Though it is vital to the Sahtu region, work on the Mackenzie Valley Highway is but a drop in the ocean of the funding needed to address Canada's huge deficit in northern infrastructure, industry observers say.

"Investing in infrastructure is a good idea to grow any economy. And it's a particularly good idea in the North, which has the largest infrastructure deficit in the country," said Gary Vivian, who chairs the NWT & Nunavut Chamber of Mines.

"Lack of infrastructure is holding back our economic development," Vivian observed in a recent editorial.

NWT mining has some good stories, but the industry's problems are considerable and varied, said Vivian, who is also chairman of Aurora Geosciences Ltd., based in Yellowknife.

"The territory needs significant exploration to replace the current resources, and it is well understood that from first identification to start up could be 15 years. We do not have that much time to support the current economic situation in the NWT, and mining is the catalyst for this government to be able to do anything," he observed.

Hurdles to mine development in the territory include lack of capacity and poor decision-making, along with excessive and costly regulations. 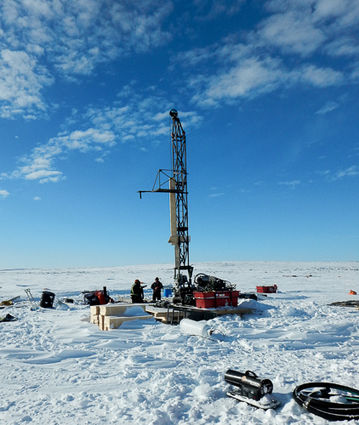 Moreover, the government's mining incentives are insignificant compared to the high cost of exploration in the Far North. Yearly spending on one mining exploration program in NWT typically exceeds C$1 million, while the MIP funding of C$1 million will be divided among 18 projects.

"These funds are being used for small specific programs and helping to understand the geoscience, not particularly to find new showings," Vivian said. "The understanding that you have to have with MIP is that they only cover one flight out and one flight in, and if you have a program for a month, traveling via fixed-wing or helicopter is the most expensive part. There is little coverage for these costs.

Still, the incentives are making a difference.

"I will say though, North Arrow (Minerals Ltd.) might have likely discovered a new kimberlite in the Lac de Gras area" at its Loki project that was partially funded by the mining incentives," Vivian added.