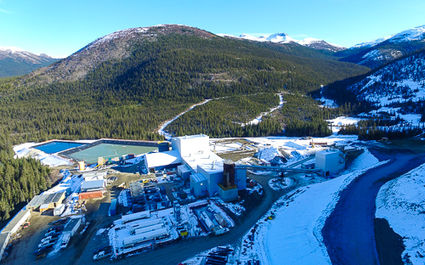 Since acquiring Silvertip late in 2017, Coeur Mining has completed more than 44,500 meters of drilling at this high-grade silver mine in northern British Columbia.

"Results from exploration at Silvertip during the first half of 2018 have demonstrated both the quality of the known resource and the strong potential for significant mine life extensions," said Coeur President and CEO Mitchell Krebs.

Last October, Coeur paid US$200 million to acquire Silvertip and has agreed to pay up to another US$50 million more if certain permitting and resource expansion milestones are met.

By the end of the year, Coeur had six rigs turning on the property and by mid-2018 had invested US$9.2 million for 44,500 meters of drilling. Considering Coeur had budgeted US$10 million for 30,000 meters of initial drilling, the company is pleased with progress at Silvertip.

And with the drills tapping mineralization with grades and thickness that exceeded expectations, the Chicago-based miner was also pleased with the results.

"Drilling targeted three zones with a particular emphasis on upgrading resources to reserves in the Central zone, where results also confirmed the continuity of mineralization in zones previously thought to be discrete," said Krebs.

Based on the limited data at-hand, Coeur's model for the Central zone showed discrete pods of mineralization. The 17,700 meters of drilling Coeur completed in 103 holes at Central during the initial phase of 2018 drilling, however, demonstrates these pods are part of thicker, more continuous horizons with higher grades than expected.

Mineralization at Central zone is near existing underground infrastructure and remains open to the north, south and at depth.

The 22 surface holes drilled at Discovery, which is immediately east of Central, cut several zones of previously undiscovered mineralization as well as multiple, stacked, horizon.

Due to the success in the first phase of drilling this zone, Coeur plans to continue with up to two surface rigs in the second half of 2018 with the goal of expanding the resource to the north, south, and down-dip to the east. 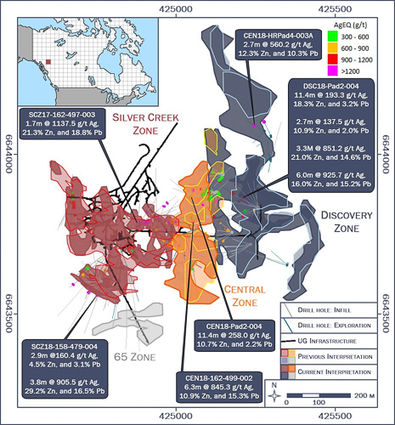 These zones are adjacent to existing mine workings and remain open to the south, southeast and at depth.

Results from Silvertip's drilling program received through early July are expected to support an updated resource model with a maiden reserve estimate, both of which are expected to be included in an updated technical report published later this year.

Given the success of this initial program, Coeur has budgeted US$4 million for the second phase of drilling, which is focused on expanding resources and testing prospective targets across the 93,000-acre (37,650 hectare) land package at Silvertip.