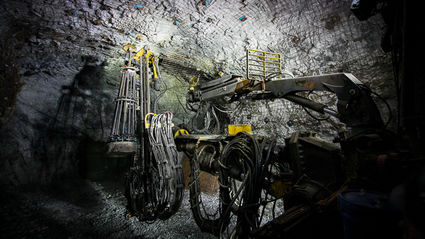 A bolter secures underground workings at the Pogo Mine in April. Northern Star said the Sumitomo team did a superb job in developing and operating this high-grade Alaska gold mine.

Northern Star Resources Ltd. Oct. 1 announced that it has closed the deal to buy the Pogo gold mine in Interior Alaska.

"On behalf of Northern Star, I would like to thank Su...