Aussie miner commits up to AU$20M for resource expansion 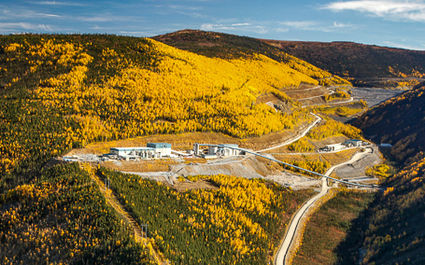 Less than a month after closing a deal to acquire Pogo, Northern Star Resources Ltd. has published an Australian Joint Ore Reserves Committee- (JORC) compliant resource for this high-grade underground gold mine in Interior Alaska.

This non-JORC calculation included 765,000 oz of gold in satellite deposits, which Northern Star did not bring into its estimate. As a result, Northern Star added roughly this much gold to the immediately mineable resources.

"This is an important result because it not only meets, but exceeds, our understanding of the Pogo mine and our view of its potential," said Northern Star Resources Executive Chairman Bill Beament. "It is also very satisfying to match the previous 4.1-million-ounce non-JORC resource without including the 765,000-oz resources contained in the satellite deposits which formed part of that original estimate. The upshot of this is we have already increased the in-mine resource by 24 percent."

Toward this goal, the new resource will assist the Perth-based miner in mine planning and optimizing its newly acquired Alaska operation.

A large part of Northern Star's optimization strategy at Pogo is to ensure there is enough ore available to keep the mill running at full capacity.

To accomplish this, the mid-tier Australian mining company is investing AU$15 million to AU$20 million into resource definition and expansion drilling at Pogo during the company's fiscal year 2019, which ends on June 30. 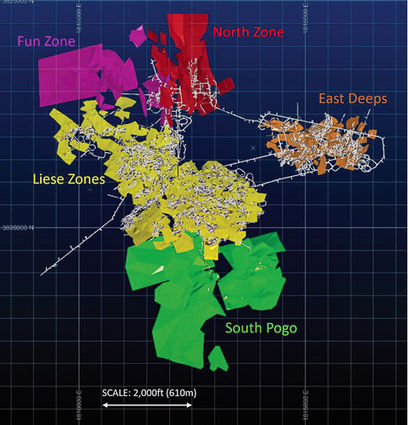 Northern Star currently has eight drills turning at the Interior Alaska operation, including four underground rigs focused on resource definition drilling in the North Zone and Leise vein system as well as targeting resource extensions within the Fun Zone.

The remaining four drills are exploring new lateral and downdip extensions to the main Leise vein system adjacent to the Fun Zone production area from surface.

For a more detailed description of the gold zones at Pogo and their exploration potential, see Pogo discoveries excite exploration team, published in the April 6 edition of North of 60 Mining News.