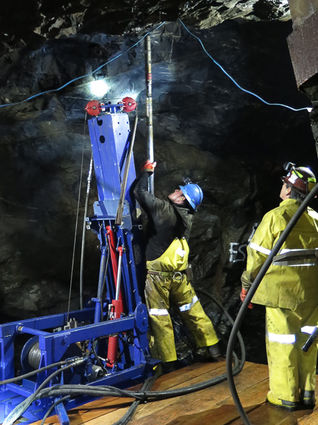 "We are extremely pleased to have Hochschild as a partner. We consider them one of the best underground mining companies in the world and their interest in Snip should serve as validation of the potential for the project," Skeena CEO Walter Coles Jr. said in September, when the deal was first announced.

As part of the option agreement, Skeena raised C$6.77 million from the sale of 7.52 million flow-through shares at C90 cents per share.

Hochschild, who was the end purchaser via a charity flow-through swap, acquired the shares at C74 cents each.

Hochschild may nominate a representative to serve on Skeena's board of directors so long as it holds at least 5 percent of the issued and outstanding shares of Skeena.

Concurrent with the closing of the financing, Skeena Resources granted Hochschild Mining an option to earn a 60 percent undivided interest in Snip located in the Golden Triangle of British Columbia by spending twice the amount Skeena has spent since optioning Snip from Barrick.

• incur expenditures on Snip that are no less than twice the amount of such expenditures incurred by Skeena from March 23, 2016 up until the time of exercise of the Option by Hochschild. (As of June 30, Skeena had invested C$16.9 million at Snip);

• incur no less than C$7.5 million in exploration or development expenditures on Snip in each year of the option period; and

• provide 60 percent of the financial assurance required by governmental authorities for the Snip mining properties.

Operated by Barrick in the 1990s, the Snip Mine produced 1.1 million ounces of gold from 1.25 million metric tons of ore averaging 27.5 grams per metric ton gold.

Skeena, which optioned the project from Barrick, completed 7,180 meters of surface drilling in 2016 and 8,650 meters of drilling in 62 holes during a phase-1 underground program carried out last year.