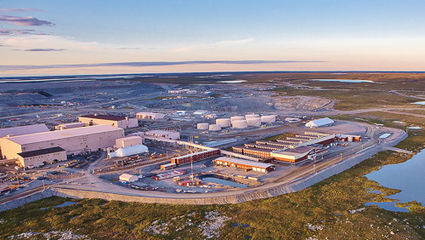 Dominion Diamond Mines (acquired in early 2018 by The Washington Cos.), reported the discovery of an estimated 16.3 million carats of diamonds in an undeveloped section of its Ekati mine in Northwest Territories.

The Washington Companies, a group of privately held North American mining, industrial and transportation businesses founded by industrialist and entrepreneur Dennis Washington, acquired Dominion Diamond Corp. in a deal worth US$1.2 billion.

"We look forward to owning and operating Dominion for decades to come, with a focus on maintaining safe and prosperous business operations in the Northwest Territories," said Washington.

When the deal closed, Patrick Evans, who previously served as CEO of Kennady Diamonds and Mountain Province Diamonds, was appointed CEO of what is now a standalone, private company called Dominion Diamond Mines, which owns controlling interest and operates the Ekati Mine and 40 percent interest of the Diavik Mine.

The Ekati Diamond Mine consists of the Core Zone, which includes the current operating mine and other permitted kimberlite pipes, as well as the Buffer Zone, an adjacent area which hosts the Jay and Lynx kimberlite pipes. At Ekati, longer term exploration potential includes Fox Deep, Misery Deep, Jay underground and exploration on existing trend lines.

There are 150 known kimberlites on the Ekati property, more than 100 of which have not been extensively tested.

Diavik is operated by Rio Tinto, which owns 60 percent interest in the mine. The current mine plan for Diavik takes the mine to 2025 and includes four diamond-bearing kimberlite pipes. The three kimberlite pipes currently being mined – A154 South, A154 North, and A418 – are very high grade. The fourth pipe, A21, commenced production in August.

About 10 kilometers (six miles) south of Diavik, Dominion is exploring Lac de Gras, a joint venture project the company holds with North Arrow Minerals Inc. For 2018, Dominion approved a C$2.8 million exploration program for Lac de Gras that includes further geophysics and drilling. Because of this investment, Dominions JV interest in the project is expected to increase to around 73 percent.

Dominion recently acquired a large parcel of leases released by the Diavik Joint Venture east of Diavik and an 8,272-hectare diamond exploration project in Nunavut known as Glowworm Lake. Dominion is conducting an in-depth review of these diamond prospective properties to prioritize targets for future exploration. 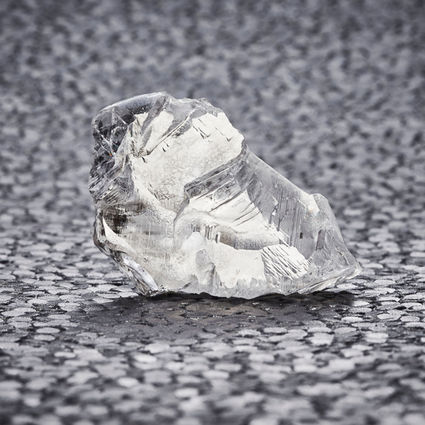 This 186-carat gem mined from the Pigeon pit is the largest diamond found so far at Dominion Diamond's Ekati Mine in Northwest Territories.