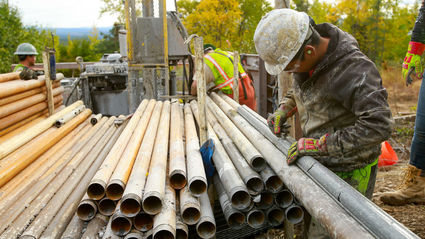 The 130.5 meters of 5.93 grams per ton gold encountered during this 2017 drill program at Donlin Gold is an example of the size and grades found at this 39-million-ounce gold project in Southwest Alaska.

Novagold Resources Inc. took several giant steps this year toward its ultimate goal – developing a world-class mine at its 50-percent-owned Donlin Gold project in Southwest Alaska. The 39 million ounces of gold in measured and indicated resource that average 2.24 grams per metric ton gold put this project in the realm of world-class by anyone's standards, even global gold miner Barrick Gold Corp., which owns the other half of Donlin.

A major permitting milestone for Donlin was reached in August, when the U.S. Army Corps of Engineers and the Bureau of Land Management issued a joint record of decision for the gold project, marking the completion of a rigorous review of the proposed mine under the federal National Environmental Policy Act process.

"The issuance of the Donlin Gold ROD and key project permits is a significant milestone for both partners," said Barrick Gold Executive Vice President of Exploration and Growth Rob Krcmarov.

"The permitting process for the Donlin Gold project was very comprehensive and thorough. At various stages of this multi-year undertaking, all stakeholders had multiple opportunities to engage and make meaningful contributions to the final outcome," added Novagold President and CEO Greg Lang.

With the major federal permits in hand, Novagold and Barrick are looking into ways to enhance the mine plan for Donlin Gold, while maintaining upside potential and collecting the information needed to update a feasibility study completed for the enormous gold project in 2011.

This financial and engineering report envisions a 53,500-metric-ton-per-day operation that is estimated to produce roughly 1.1 million oz gold annually over a projected 27-year mine-life. This massive gold output is based on the 504.8 million metric tons of proven and probable reserves averaging 2.09 g/t (33.85 million oz) gold.

It is anticipated, however, that the partners will start out with a somewhat smaller operation that focuses on higher-grade portions of the deposit and then scale up to the permitted size in stages. Such a strategy would reduce initial capital outlays and is expected to improve project economics.

The partners said the increased understanding of the mineralization and structures drilled with this program is providing valuable inputs to advance the optimization work.

A formal decision on building a mine at Donlin Gold is not expected until after the optimization work is complete and the results are incorporated into an updated feasibility study for the world-class gold project. The partners said they expect to be in a position to provide further details on the path forward for Donlin Gold by the end of 2018.

To help pay for its share of developing the Donlin Gold Mine, Novagold sold its 50 percent interest in the Galore Creek copper-gold project in northwestern British Columbia to Newmont Mining Corp. for US$275 million. Newmont delivered US$100 million to Novagold in July and the balance will be milestone payments – US$75 million upon completion of a prefeasibility study or three years, whichever comes first; US$25 million upon completion of feasibility study or five years, whichever comes first; and US$75 million upon a decision to develop a mine at Galore Creek.

A feasibility study completed in 2011 envisioned a mine at Galore Creek producing 6.2 billion lb of copper over an 18-year span and ranking as the largest copper operation in Canada. Crediting the value of the 4 million oz of gold and 65.8 million oz of silver forecast to be recovered over that mine-life, the mine envisioned in the study would be the lowest-cost copper producer in the country.

Teck Resources Ltd., which owns the remaining 50 percent of Galore Creek, waived its right of first refusal on this enormous copper project in B.C.'s Golden Triangle, opting instead to advance Galore Creek in partnership with Newmont. Teck and Newmont plan to invest US$20 million to US$30 million annually toward work needed to complete an updated prefeasibility study for Galore Creek over the next three or four years. 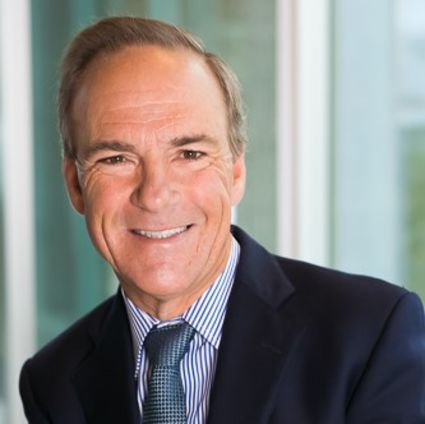