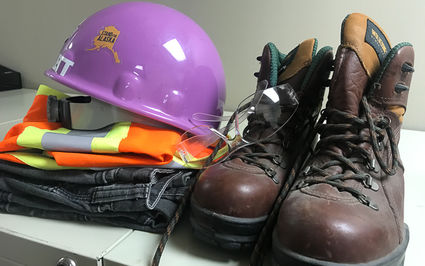 Alaskans voted down Ballot Measure 1 by nearly a 2-1 margin, thanks largely to the efforts of Stand for Alaska – a statewide coalition that includes Alaska Native corporations, businesses, trade unions, business and industry organizations and thousands of Alaskans concerned about the initiative.

DENA'INA CENTER, ANCHORAGE: Tuesday, Nov. 6, 2018 likely marks a crucial turning point for Alaska's mining industry. As the state's mining community gathered for the Alaska Miners Association (AMA) annual convention to celebrate one of the best years for the sector in recent memory, Alaska voters were making decisions that would shape the future of the more than 1,000 people gathered at the Dena'ina Center.

In terms of the state economy, the most crucial decision put before Alaska voters was Ballot Measure 1.

Widely known as Stand for Salmon, Ballot Measure 1 would have put into place environmental regulations that would have made it virtually impossible to permit mining, road, oil or other projects that might have affect salmon habitat in the state.

Don Stevens, a geologist who has been exploring Alaska's vast mineral potential for more than five decades, told Mining News that the ballot initiative would likely determine the ongoing viability of his geological consulting firm, Stevens Exploration.

To the relief of Stevens and the hundreds of other geologists, miners, engineers and dozens of businesses whose livelihood rests on responsible mining and other resource development across the Far North state, Alaskans voted down Ballot Measure 1 by a nearly 2-1 margin.

"Today, Alaskan voters made the right choice to protect our jobs, our economy and our communities," said Kati Capozzi, campaign manager, Stand for Alaska. "The defeat of Ballot Measure 1 sends a clear message that Alaskans are not in favor of Outside interests' attempts to regulate our land and resources."

Appreciative of her leadership and relieved by the outcome, Capozzi drew a standing ovation from the Alaska mining community during a presentation at the Nov. 7 luncheon at the AMA convention.

Adding to the optimism at the AMA convention, Alaskans elected Mike Dunleavy, a Republican that has been vocal in his support of mining and creating a business climate that encourages investment in Alaska.

The governor-elect made this position clear during a Nov. 8 address to the mining community gathered at the AMA convention.

"I want to let you know that Alaska is open for business," Dunleavy declared during his first press conference since election night.

"For the past four years your industry has been kind of rough, but I can ensure you going forward there is going to be a lot of excitement in the resource development sector of our state, mining in particular," he added.

While proponents of Ballot Measure 1 billed the initiative as a means of protecting Alaska's most iconic fish, the primary goal of the authors of Stand for Salmon was to enshrine regulations that would make it virtually impossible to develop a mine at the enormous Pebble copper-gold-molybdenum project in the Bristol Bay region of Southwest Alaska.

"While the measure would clearly have far reaching economic impacts across Alaska's economy, the proponents heavily targeted Pebble from gathering signatures to advertising for a yes vote," said Pebble Partnership CEO Tom Collier.

While 62 percent of Alaska voters rejecting the measure may not represent an endorsement of Pebble, the electorate made a strong statement in support of Alaska's already rigorous environmental protections.

"Alaskans have sent a clear message to the global investment community that the state has high standards for development and promotes a fair process for determining if potential projects in Alaska such as Pebble can meet those standards," said Collier.

While Pebble may have been a primary target of Ballot Measure 1, if passed, the extra layers of regulations would have hampered wide swaths of the state's economy. For this reason, Pebble Partnership was just one of more than 550 Alaska business, Alaska Native corporations, labor unions, trade groups, and tens of thousands of individual Alaskans that joined Stand for Alaska, a coalition opposing Ballot Measure 1.

"It is the most diverse coalition of Alaskans that have ever come together to rally around a cause and stand for Alaska," Capozzi said.

Mining a cornerstone for Alaska

Dunleavy's successful bid for Alaska governor added to the optimistic atmosphere at the AMA convention on Nov. 7.

Having worked as superintendent at the Northwest Arctic School District in Kotzebue, about 80 miles south of the Red Dog Mine, and his three daughters who work at the world-class zinc operation, Dunleavy has seen firsthand the economic benefits a world-class mine can bring to rural regions of Alaska.

"What that mine has done for that part of Alaska is phenomenal," Dunleavy said during his inaugural press conference as Alaska's governor-elect.

The governor-elect said he wants to see more world-class mines like Red Dog across the state.

"That is what I envision for Alaska" he said.

He was also the only candidate on the ballot that asserted a decision on Pebble should not be made before the proponents of the proposed copper-gold mine in Southwest Alaska has had an opportunity to have their proposal vetted.

"Once we can examine that data then I think a final decision can be made," he said during a debate at Naknek, a village in Southwest Alaska. "If the Pebble Mine is going to endanger fisheries or other resources in the area, I think we all should be against it. But I don't have that answer until we go through that process."

His Democrat opponent, Mark Begich, took a stand against Pebble during his time as senator in 2013, a position he has since held.

During the Naknek debate, Begich said he would use the state's ownership of the land where the Pebble deposit is located to stymie the United States Army Corps of Engineers' efforts to advance permitting under the National Environmental Policy Act (NEPA) process.

"The first thing I would do as governor of Alaska (is) make sure the Corps of Engineers knows that state land or state right of way or state access would not be part of any of their plans. Therefore, the state would not participate in that effort which I believe would finally put an end to this project," the Democrat contender said during the Naknek debate.

Current Gov. Bill Walker, who was running as an Independent before dropping out and endorsing Begich, has also been outspoken in his opposition to Pebble.

"I have been very clear that I am not in favor of that mine and I am very concerned about the mine," Gov. Walker said at the Naknek debate.

While Begich and Walker's opposition of the controversial Pebble project did not lay out their positions on Alaska's larger mining sector, Dunleavy's stance for due process set him apart from the opposition.

During his presentation at the AMA convention, the governor-elect said Alaska has the "best environmental regulations on the planet" and vowed that his administration will not politicize the permitting process. 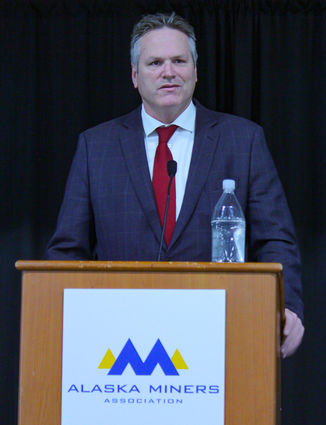 Instead of having the minerals and metals mined in other parts of the world with less stringent regulations, Dunleavy said his administration will work to ensure more mines and the jobs that go with them stay in Alaska.

The governor-elect told the attendees of the AMA convention that his administration does not view mining as a secondary part of Alaska's economy.

"You are going to be a cornerstone in everything we do in terms of moving this state forward," he said.