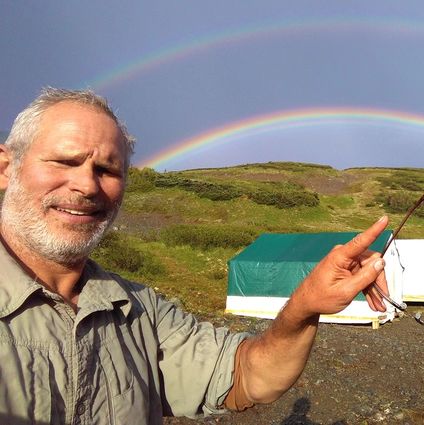 GT Gold Vice President of Exploration Charles Greg is eager to the see the results from the balance of this year's drilling at the Saddle North porphyry copper-gold target on the company's Tatogga property in British Columbia's Golden Triangle.

GT Gold said TTD098, which was drilled down the porphyry intrusive at Saddle North demonstrates that the mineralization is continuous for more than 1,000 meter down-dip from surface.

TTD098 extended the higher-grade mineralization encountered in TTD085 more than 200 meters deeper, where it remains open.

TTD102 was drilled about 225 meters northwest of TTD093, a hole reported earlier this year.

The latest batch of results have expanded the Saddle North mineralized intrusive complex to almost 600 meters of strike, and to greater than 900 meters vertically from surface, or 1,100 meters down-dip. True widths of the mineralized envelope are estimated at more than 700 meters, encompassing a strongly mineralized core estimated at 450 meters true-width.

"These two latest well-mineralized intercepts in step-outs 98 and 102, coupled with earlier results from holes 85, 90 and 93, continue to build the picture of a very large discovery at Saddle North – a very broad zone of mineralization in place close to surface, extending many hundreds of meters to depth and along strike, and encompassing some impressively rich grades of gold, copper and silver, now shown to be continuous down-dip and along the length of the system," said GT Gold Vice President of Exploration Charles Greig.

GT Gold targeted Saddle North with 10 widely-spaced holes, assays from five of these holes are pending.

"Our team looks forward to receiving the results from our remaining 2018 holes and, in particular, those from holes 106 and 108, both of which were drilled up-dip of hole 93, which will test whether or not the higher-grade stockwork and sheeted vein zone common near the footwall of the intrusive complex approaches surface," said Greig. "We are also eagerly anticipating the results of our deepest hole, TTD109, which is testing down-dip of holes 93 and 85."