Greens Creek reserves to last until 2030 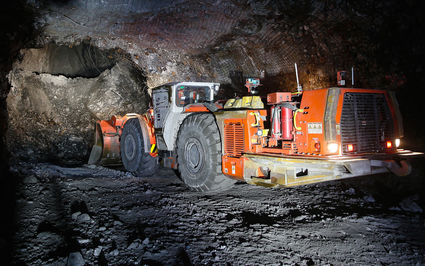 In addition to replacing the 845,398 tons of ore mined at Greens Creek last year, Hecla's exploration program substantially expanded the reserves and resources at this high-grade silver mine in Southeast Alaska.

"The increase reflects the quality of the districts we control; our long-term, consistent strategy; and the capturing and use of all the data that long-lived mines have," said Hecla Mining President and CEO Phillips Baker, Jr.

"It is particularly important that this growth comes at Greens Creek and Casa Berardi, who generate approximately 85 percent of our revenue and most of our operations' free cash flow. These mines are Hecla's best," he added.

The reserves at Greens Creek Mine in Southeast Alaska, which generates roughly half of Hecla's revenues, were increased by 23 percent in 2018. These reserves contain 19 percent more silver, 16 percent more gold, 15 percent more zinc, and 17 percent more lead. This is enough ore to ensure the Juneau area mine can continue for at least another 11 years.

The reserves at the Casa Berardi Mine in Quebec, which generates approximately 35 percent of Hecla's revenues, rocketed 80 percent last year. These reserves include 28 percent more gold than last year.

Hecla used conservative metal price assumptions to calculate these reserves – $14.50 per ounce silver (expected to be among the lowest in the industry), $1,200/oz gold, $1.15 per pound zinc and $0.90/lb lead – which means more metals could be brought into reserves on future prices that outperform assumptions.

"We have achieved this while the industry has generally seen declining reserves and we were able to use among the most conservative price assumptions in the industry because of the strong economics of these deposits," Baker said.

This marks the highest silver reserves for Greens Creek since Hecla bought full ownership of the underground mine in 2008.

What is equally as impressive is the property hosts roughly as much material in resources, which can potentially be elevated to reserves and further extend the life of the mine.

This is a 66.1 million oz (211 percent) jump in the amount of silver and 467,700 oz (181 percent) rise in the amount of gold reporting to measured and indicated resources since the beginning of 2018. This rise comes from bringing the West, Southwest, 9A, and 200 South zones into the measured and indicated resources category; partially offset by losses from elevating resources in the Gallagher and East zones to reserves.

Hecla said new drilling, coupled with remodeling of areas that were historically mined at higher cutoffs, is responsible for the increases in measured and indicated resources.

Despite the conversion to higher confidence categories, the amount of silver in inferred resources increased by 3.3 million oz (10 percent) and the gold in this category decreased by only 3,200 gold oz (1 percent).

A new NI 43-101 technical report is currently being prepared for Greens Creek and is expected to be published within 45 days.

Hecla said the optimized mine plan being detailed in this report accelerates access to higher-grade ore, which will allow some of the highest-margin reserves to be extracted in the earlier years of the mine plan, which is now estimated to extend out to 2030.

Measured and indicated gold resources at Casa Berardi decreased 12 percent compared to this time last year, as gains from underground drilling were offset by decreases that are primarily the result of upgrades to reserves.

The Quebec mine also saw a 9 percent drop in inferred resources over the past year, primarily as the result of resource upgrades.

A new NI-43-101 technical report is expected for Casa Berardi within 45 days. 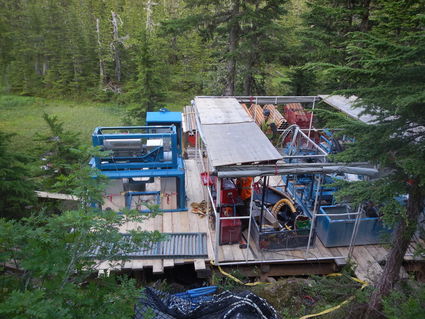 These increases were primarily the result of the addition of exploration near the newly acquired operations in Nevada, Fire Creek and Hollister; increased exploration at San Sebastian, Casa Berardi and Greens Creek; and initial exploration at Kinskuch, a high-grade silver exploration property in northwestern British Columbia; and Little Baldy, a gold-silver project in northern Idaho.

"The 2018 exploration program was very successful at not only our mines but at some of our exploration properties. However, for 2019 the focus will be on San Sebastian, Casa Berardi and Nevada, of which Nevada is estimated to be about half of the budget," said Baker.

Hecla is starting off its work at Nevada by reducing the reserves to better reflect the geology. The company believes this will establish a solid base for consistent production and future reserve growth like the company experienced last year at Greens Creek and Casa Berardi.

"We believe that after a few years of committed exploration there, we could see results similar to what was achieved in 2018," Baker said.