Newcrest makes offer for Red Chris gold-copper mine in BC North of 60 Mining News – March 15, 2019 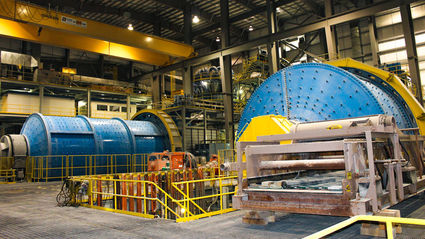 The newly installed mill at Red Chris just before mining began at the gold-copper mine in British Columbia's Golden Triangle. Newcrest sees the elimination of bottlenecks and improving mill recoveries as areas where it can optimize its new mine.

Newcrest Mining Ltd. has cut a deal to buy a majority position in Imperial Metals Corp.'s Red Chris copper-gold mine in northern British Columbia, which will be the Australian gold miner's first operation north of the equator.

In a deal announced by the company on March 10, Australia's largest gold producer has agreed to pay Imperial Metals US$806.5 million in cash to acquire a 70 percent stake...