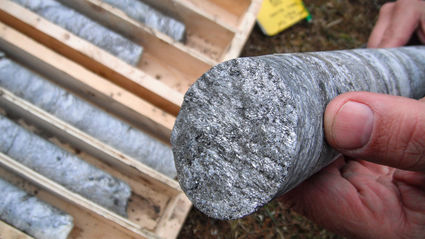 Core from drilling through the high-grade graphitic carbon lenses at Graphite Creek. Graphite One is shipping roughly 12,000 pounds of material sampled from the surface to an undisclosed partner for pilot-scale testing.

It is somewhat ironic that the lithium-ion batteries that power the growing number of zero emissions electric vehicles traveling global highways are driving the need for carbon – graphitic carbon to be exact.

Graphite Creek in western Alaska hosts huge stores of graphitic carbon and Graphite One I...