Prices double over past year; potential deposit in SE Alaska 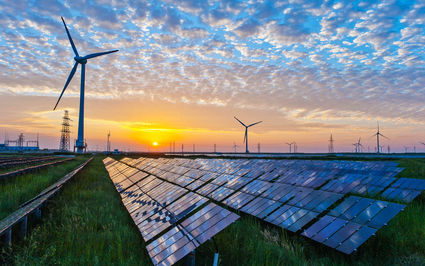 Vanadium redox-flow batteries show the potential to store large amounts of wind and solar electricity for delivery into power grids, a key to wider implementation of green energy.

The strength and durability of steel and other alloys is greatly enhanced by adding a small amount of vanadium, currently the primary use of this critical mineral. While this toughness is legendary, the future of vanadium could rest in another set of more subtle traits that could make it the element of choice for large-scale storage of renewable energy generated by wind and solar.

Due to its importance to both the economic and strategic security of the United States, coupled with the fact that none of this high-strength metal is mined domestically, the alloying properties of vanadium alone would likely be enough to elevate vanadium to critical status.

The USGS estimates that roughly 9,800 metric tons of vanadium was consumed in the United States during 2018, a 13 percent increase over 2017. Approximately 93 percent of this vanadium was used in steel and other alloys.

Vanadium's potential as a battery metal, however, could be a market disruptor.

This emerging technology, coupled with an expected major increase in Chinese demand of vanadium for alloys, has resulted in soaring prices for this metal.

"Average 2018 vanadium pentoxide prices almost doubled compared with 2017 prices, and ferrovanadium prices more than doubled to $33 per pound in 2018 compared with 2017," USGS penned in its annual Mineral Commodities Summaries 2019.

One such explorer, Northern Cobalt Ltd., has nabbed a large vanadium-bearing magnetite prospect in Southeast Alaska.

Vanadium first gained its notoriety as steel strengthener in 1908, when Ford Motor Company decided to use vanadium steel to make its Model T more durable.

Inspired by racing cars being developed with it in Europe at the time, Henry Ford had many of the most stressed parts of the Model T – axles, crankshaft, springs and wheel spindles – forged from lighter, more durable and flexible vanadium steel.

While other metals could replace ferrovanadium steel alloys, it is typically not worth the costs and energy required to create steel with the same characteristics.

And, vanadium serves an irreplaceable alloying role in the aerospace industry, according to the USGS. This is because vanadium-titanium alloys have the best strength-to-weight ratio of any engineered material yet discovered.

Batteries could be the future

While alloys currently drive the market for vanadium, emerging battery technologies will likely add to the demand for this critical metal.

One such technology, is vanadium redox-flow batteries (VRBs). These batteries, which use vanadium in solution as both the anode and cathode, could be the answer for storing large amounts of electricity that could be fed into power-grids when the need arises.

Taking advantage of vanadium's ability to exist in solution in four different oxidation states, the vanadium redox battery uses vanadium in two of these states as electroactive elements, instead of separate elements for the cathode and anode.

The amount of energy a VRB can store is really only limited by the size of the storage tank built to hold the vanadium solutions, which are separated by a proton-exchange membrane.

These batteries can also remain completely uncharged over an extended period without major effects, another advantage that makes them particularly well suited for backup electrical storage.

Northern Cobalt said Snettisham enjoys the advantage of being located on the Pacific Rim coast, adjacent to a deep-water channel capable of hosting Panamax and Cape class vessels that could ship iron-, titanium- and vanadium-rich magnetite concentrates to market.

Given that such a large, easily accessible prospect with these grades is open to staking, Northern Cobalt could not pass it up.

The Aussie company staked claims covering the Snettisham occurrence late in 2018 and flew a magnetic survey over the property early in 2019.

"The sheer magnitude of the magnetic anomaly at Snettisham gives Northern Cobalt a good indication of significant concentrations and volume of vanadium bearing magnetite in the intrusion," Northern Cobalt Managing Director Michael Schwarz said of the initial results from the geophysical survey.

Northern Cobalt plans to use the results to target a drill program this summer. 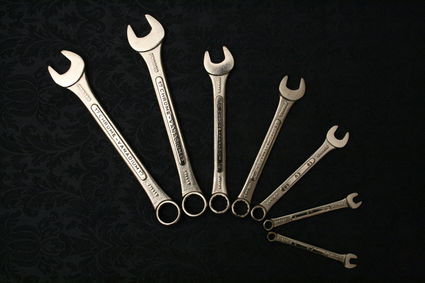 Adding strength and durability to tool steels is an application vanadium is more widely renowned for.

Data collected during the National Uranium Resource Evaluation, a 1970s federal initiative to identify domestic uranium resources, indicated widespread vanadium anomalies in stream sediments in the Wiseman area and rock samples collected there contained as much as 1 percent vanadium.

In the Eagle area, vanadium associated with uranium and copper was identified at the Road River formation. Samples containing as much as 0.2 percent vanadium, 188 parts per million uranium and 0.14 percent copper were collected during the 1990s investigation by USBM.