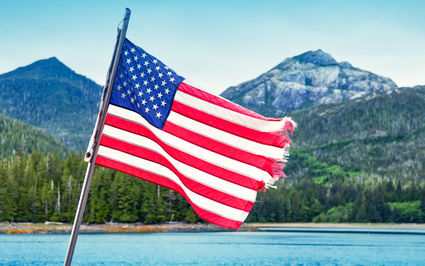 Washington D.C.'s increased interest in securing a steadfast supply of critical minerals may prompt further advancement at Ucore Rare Metals Inc.'s Bokan Mountain, a Southeast Alaska project that hosts seven of the 35 minerals, metals and groups of elements that are considered critical to the United States.

Department of Commerce was charged with spearheading this report under Executive Order 13817, which was signed by President Donald Trump late in 2017.

The report details specific steps for the federal government to diminish American dependency on foreign nations for the supply of 35 minerals designated as critical.

A 1989 U.S. Bureau of Mines study identified nine zones at Bokan Mountain enriched in seven of the minerals, metals or groups of elements considered critical to the economic wellbeing and security of the United States – beryllium, niobium, rare earth elements (REEs), yttrium, tantalum, uranium and zirconium.

"Continuing trade tensions between the U.S. and China have resulted in the urgent calls to action and long-term goals of this report," said Ucore Rare Metals President and CEO Jim McKenzie. "The tensions have also prompted significant recent price gains for minerals that Bokan has in abundance, most notably heavy REEs such as Dy (dysprosium) and Tb (terbium)."

Most rare earths deposits contain some mixture of all the elements considered rare earths, which includes 15 lanthanides – the group of elements in their own row at the bottom of the periodic table –along with scandium and yttrium – a pair of elements that are commonly found in REE deposits and have similar characteristics.

Roughly 40 percent of the rare earths in the Dotson Ridge deposit at Bokan Mountain are heavy REEs, which tend to be less abundant and more valuable.

"The Bokan deposit is unique in the U.S., with its unusual skew towards these valuable HREEs. Bokan is also unique in its ease of access, its limited projected development cost, and its significant financial backing by the state of Alaska," said McKenzie.

Ucore completed a preliminary economic assessment in 2012 that outlines an underground mine at Bokan Mountain envisioned to produce 2,500 tons of rare earth oxides per year during the first five years of full production; including an annual output of 105 tons of dysprosium oxide, 15 tons of terbium oxide, and 568 tons of yttrium oxide.

"Ucore's Bokan Mountain development project is a substantial strategic asset, especially with its American location and proximity to major shipping lanes," said Ucore Rare Metals COO Mike Schrider. "The company is in a continuous assessment-planning mode on the advancement of Bokan. The project is already highly developed, with the remaining steps to the commencement of mine construction being the delivery of our final feasibility study, the finalizing of permitting, and the completion of detail construction engineering required to get the mine shovel ready."

Ucore also has plans to develop a REE separation facility near Ketchikan, a port town about 35 miles from Bokan Mountain.

Further advancement of this plant, however, is awaiting the resolution of court proceeding surrounding Ucore's intent to acquire IBC Advanced Technologies Inc., the company Ucore partnered with to apply molecular recognition technology to the separation of rare earths.

More information on this technology and the legal proceeding can be read at Small win in big case for US rare earths in the June 1 issue of North of 60 Mining News. 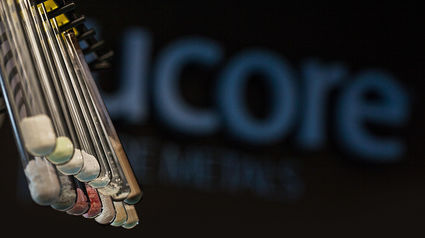 This cutting edge REE separation technology, which could also separate REEs from other domestic sources, along with increased REE prices and the federal push for secure supplies of critical minerals could help push further advancements of a mine at Bokan Mountain.

"The initiatives set out in the U.S. DOC report, the recent gains in REE prices at a global level, in combination with our gains in the deployment of REE extraction technology, are extremely useful in the delivery of our feasibility documents," Schrider said.

"We applaud the Trump Administration for identifying these critical resources and streamlining their route to production," said McKenzie.