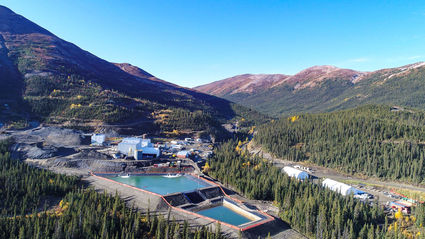 Alianza Minerals' Tim silver property is about 7.5 miles north of Silvertip, a newly built high-grade silver mine acquired by Coeur Mining in 2017.

Historical chip sampling from a trench cut across a zone of carbonate replacement mineralization at Tim returned 352 grams per metric ton silver and 9.12 percent lead across four meters. Similar mineralization was also reported in adjacent trenches 180 and 250 meters on either side of the central trench.

In 2013, Tarsis Resources Ltd., a predecessor to Alianza, completed a focused work program to re-evaluate this historical zone of silver- and lead-rich mineralization. This includes resampling of the central trench, which returned 365 g/t silver and 7.5 percent lead across a 3.7-meter channel sample. 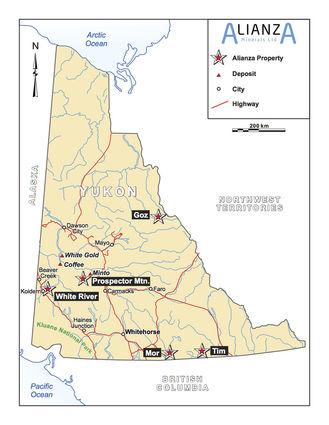 Under the agreement signed with Alianza, Coeur can earn a 51 percent interest in the Tim property by funding C$3.5 million in exploration over five years and making staged cash payments totaling C$275,000. Coeur can then elect to complete an option to earn 80 percent in the property by funding a positive feasibility study in the following three years and making annual payments of C$100,000.

The 2019 exploration program at Tim will target high-grade silver-lead-zinc carbonate replacement mineralization similar in style to that found at Silvertip. Coeur's preliminary plans for this year are to carry out detailed mapping, soil geochemical surveys and reopening old trenches dating back to 1988.

"We are very pleased to have partnered with Coeur to advance the Tim Property," said Alianza Minerals President and CEO Jason Weber. "Tim looks to be a Silvertip analog and the Coeur team is an obvious choice to move the project forward. It will be a great advantage to have Coeur's geological expertise applied to the project."