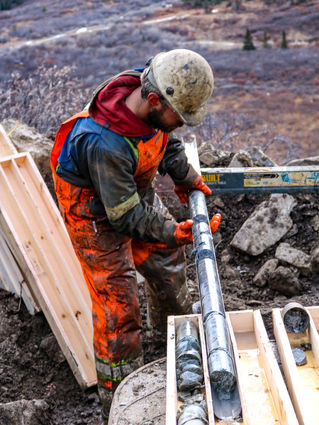 Core being collected from drilling at BMC Minerals' Kudz Ze Kayah project. An expanded and upgraded resource resulting from this drilling formed the foundation for a feasibility study that outlines robust economics for mining a rich zinc-copper-lead-silver-gold deposit on this project in southeastern Yukon.

The economics of mining the zinc-rich ore at BMC Minerals Ltd.'s Kudz Ze Kayah (KZK) project in southeastern Yukon are robust, according to a feasibility study released on July 15.

This engineering and economic study details a mine at KZK that is expected to produce an average of 235 million pounds of zinc, 32 million lb of copper, 56 million lb of lead, 7.8 million ounces of silver and 56,500...