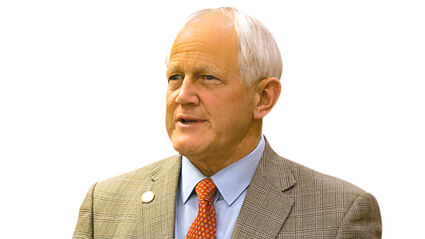 Must Read Alaska, the first to report on Birch's passing, said the senator from South Anchorage died suddenly from a heart attack on Aug. 7.

This article was followed by shock and an outpouring of support from the senator's friends and colleagues.

"Life is short. We all know it, but it's easy to forget. Tonight, that simple fact snapped into focus when I learned of Chris Birch's passing," House Speaker Bryce Edgmon, I-Dillingham, posted on Facebook.

"Chris was a good person, dad, and dedicated public servant. His passing was sudden and unexpected," Sen. Tom Begich, D-Anchorage, penned in a post.

At age 68, Birch was a lifelong Alaskan that was raised in mining camps across the territory and then state of Alaska.

Birch's father, Frank, first came to Alaska with the US Marine Corps in 1944. At the time, he was sent to Adak, the site of the only World War II battle on U.S. soil. After the war, Frank returned to Alaska with his wife Bettijeanne, a geologist who had graduated from the Missouri School of Mines in 1949.

Frank worked as a mining engineer and Bettijeanne as a geologist, camp cook and bookkeeper in placer and hardrock mines across the territory.

When the couple was expecting their first child, Chris, they were employed at the Independence Mine at Hatcher Pass.

With both parents involved in mining, Chris and his sisters grew up in gold camps near Fairbanks and at Chandalar Lake in the Brooks Range.

"My parents taught by example the values of family, hard work and responsibility," Chris penned on his senate bio page.

Following in his parents' footsteps, in terms of both career and work ethic, Chris earned a bachelor's degree in mining engineering from the University of Alaska Fairbanks in 1972, and then a Master of Science degree in engineering management from UAF in 1979.

He stayed in Fairbanks until 1991, when he moved to Anchorage with Alyeska Pipeline Service Company.

While Chris retired from engineering, he never stopped working for the state.

Even as a first-year senator, Birch earned chairmanship of the Senate Resource Committee, where he championed issues important to Alaska's mining sector.

He was also a staunch advocate for what he felt was right for Alaska.

"This is a devastating loss to our state," said Senate President Cathy Giessel, R-Anchorage. "You could always count on him to stand up for what's right, regardless of the political consequences. His absence in the Capitol will be keenly felt by all who had the privilege to know him."

When he was not in Juneau, he often attended Alaska Miners Association meetings and conferences, providing his hometown mining community updates on state legislation.

"Without question, the Senator has always been one of our most staunch advocates," AMA Executive Director Deantha Crockett said in a statement on Birch's passing. "He was a member of our board of directors when I came to AMA in 2012 and often boasted that he was the lone mining engineer in the Alaska Legislature."

Birch is remembered for more than being a great statesman and champion of responsible resource development in Alaska.

"Above all, I will remember Chris as a family man," said Rep. Edgmon.

Chris is survived by his wife, Pam, two grown children and four grandchildren born and raised in Alaska.